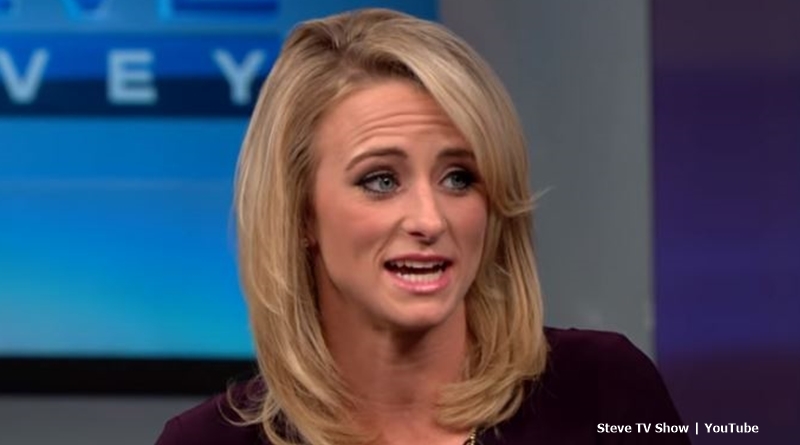 Leah Messer sometimes picks up critics who slam the way her kids behave. But the Teen Mom star won’t stand for that and always slaps back at people who talk badly about her kids. Actually, criticizing kids seems more common these days. And in her case, critics hit at Leah’s parenting as well the behavior of her kids.

We reported in May this year, that fans became rather critical of Leah’s daughter Ali. Recall, Ali suffers from muscular dystrophy. Unbelievably, some people said some horrid things about the four-year-old. Some MTV fans thought it terrible that people could possibly troll about such a small child. And, Leah took to Twitter and slammed trolling. At the time, she said, “Some of the comments on a photo of me with Ali are despicable.”

Leah Messer wondered what became of people these days. And, many people agreed that trolling on kids should remain off-limits. Well, it clearly looks like her rant made no difference, as her daughter Adalynn became the target on December 16. Critics went to town on the kid when the Teen Mom 2 social media account shared a clip of her chewed gum stuck on a mic pack.

Adalynn got her gum on a mic pack, critics complain

The Teen Mom account clearly posted up the clip for some light entertainment. The caption read, “Addie: I have no idea how this happened!”Also Addie: But I did it..” As Monsters and Critics noted, ” it was clearly intended to be a lighthearted moment, but not everyone got the memo.” In the comments section on Instagram, many people said some rather harsh things about Adalynn and Leah.

One critic wrote, “That lil girl bad as hell.. smh..” And, others agreed. One of them replied saying, “Girl!! She needs that *ss tapped! They have lost control but it’s not too late to reel it in.”

Similar comments flooded in, and many of them slapped at Leah Messer for ignoring bad behavior. Several of them noted that Leah just carried on using her phone and made no effort with disciplining her daughter Adalynn.

On Twitter, when one person claimed Adalynn’s behavior’s “pitiful,” Leah slapped back. She said that at the time her daughter was only 6.  Plus she never “intentionally” stuck her gum on the mic pack. Apparently, she placed the gum on “a wrapper” and by mistake, put the mic pack on it.

Just to be clear:
Addie did not intentionally put the gum on the mic. She had it on a wrapper and sat the mic down on it. For crying out loud, she was 6. https://t.co/4JDjvh8JXD

Teen Mom star Kailyn Lowry also stepped up in defense of Leah Messer and Adalynn. She noted “pay them no mind bby. They will always have sh!t to say!”

Meanwhile, other fans who raise their own kids told everyone to stop making such a fuss. Gum accidents “just happen” with small kids a lot more often than non-moms could ever know.