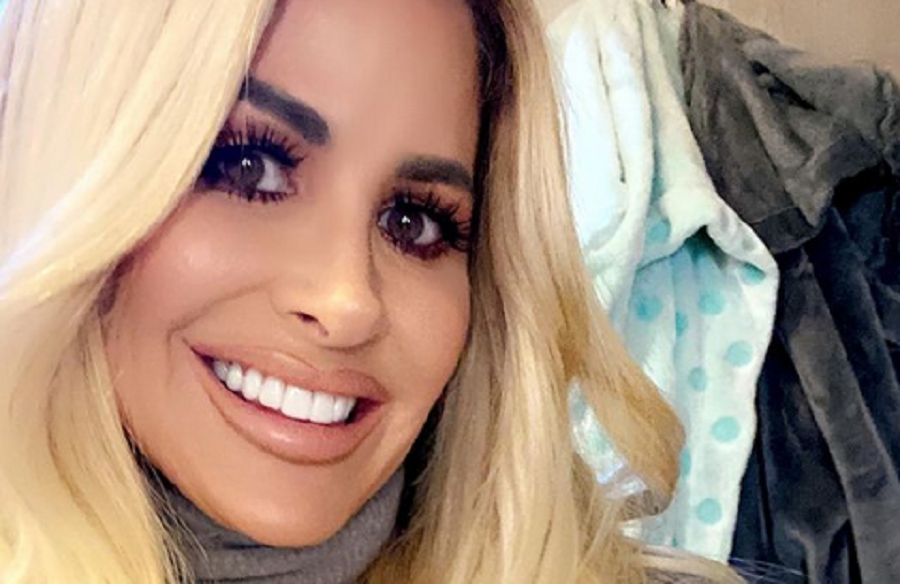 Kim Zolciak-Biermann talked about her daughter Brielle Biermann’s dating life. As a reality star, dating can be unconventional and difficult. The Don’t Be Tardy star previously revealed that she’s having a hard time dating amid the coronavirus pandemic. And she doesn’t just want to date any ‘ole guy.

Kim Zolciak-Biermann appeared on the Hollywood Life Podcast. During the Monday, December 14 episode, she revealed how she and her husband Kroy Biermann feel about Brielle receiving messages from football players. She even said that Brielle has spoken with some of them.

“A lot of athletes will DM Brielle,” she bragged during the podcast.

Since Kroy was a former football player, he often knows the guys who are sliding into Brielle’s social media messages. Unfortunately, most of those men are looking to hook up with her.

“You know, Kroy is a crazy rare athlete and he definitely verbalizes what men want,” she explained. “But there are those few and far between [men] that definitely do want a relationship and a connection.”

Kim can figure out which athletes are trying to score a date with her daughter. Brielle makes it no secret. When she mentions the athlete’s names, Kroy knows who she’s talking about. That can make for a cringe-worthy moment.

“We find it so funny when these NFL players DM Brielle, and Kroy is like, ‘Oh man,'” she continued. “Kroy has worked with them. He has a lot of great friends who are athletes.”

Then, the Bravo star added: “But, Brielle also is a really good judge of character.”

Kim Zolciak-Biermann also shared what kind of man she wants her daughter to date. For her, the most important is for Brielle to be with someone who is “committed and kind and understands Brielle.” She then joked that her daughter “is a little bit of a diva.” Kim would love it if all of her daughters could find their own “mini Kroy.”

“I think Brielle might be single for a while though because she’s like, ‘Kroy, you’ve ruined this for me!'” Kim said. “And everybody else agrees, and I would have to agree, I got pretty lucky.”

Brielle also revealed that she’s single these days. She previously dated MLB player Michael Kopech, who went on to marry Riverdale actress Vanessa Morgan. However, the couple filed for divorce after six months of marriage. Fans are still hoping that the couple will get back together.

Back in September, Brielle admitted to Us Weekly that she has been talking to a “few guys,” but her dating her life is “boring.” She also said that a “ton” of celebrities slide into her DMs. However, she didn’t specify what kind of public figures they are.

Clare Crawley Underwent Breast Implant Removal Surgery, How Is She?
Run-In With ‘Friends’ Star SHOCKED Tyler Cameron & Here’s Why
‘The Bold and the Beautiful’ Spoilers, August 2-6: A Wedding For Steffy and Finn
Janelle Brown Encourages Fans To Change: ‘Do Something Different’
Duggar Family Allegedly Splits & Stops Communication Over Josh’s Arrest