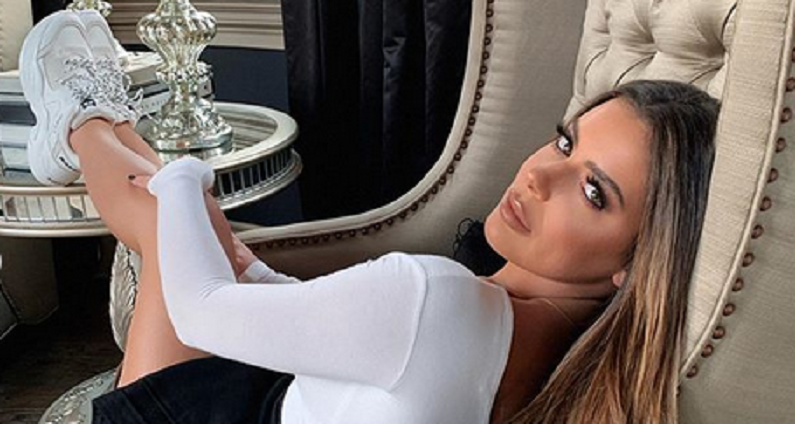 Brielle Biermann claims dating is “boring.” She feels that it could use more “excitement.” Although a lot of celebrities slide into her DMs, she can’t find that special person. The Don’t Be Tardy star has been single for some time.

She’s searching for the right guy, but she can’t find him. It’s getting harder in a pandemic. Brielle recently opened up about the type of guy she’s looking for. She jokingly declared she’s “dating” her BFF on social media. In a new interview, she shared why she’s not dating anyone else at the moment.

In an exclusive interview with Us Weekly, Brielle Biermann shared her thoughts on dating. She’s promoting the new season of Don’t Be Tardy. The 23-year-old is having a hard time finding Mr. Right. But she already knows what she wants in a man.

“There’s a few guys that I talk to but everyone’s just, like, boring,” Brielle exclaimed. “I need some excitement, you know?”

Brielle is making time for dating amid the pandemic. She revealed that she’s going on a few dates this month. That doesn’t mean her dating life will improve. She’s not committed to anyone that she’s met so far.

“I told my makeup artist, like, an hour ago that I have a date tonight and she was like, ‘You’re just so unexcited about everything aren’t you?'” she said. “And I was like ‘Yeah, I don’t really care.'”

If Brielle could find the right guy, he would live somewhere near her hometown. She would rather date someone who’s down-to-earth and approachable. Celebrities and reality stars need not apply.

“See what I’m looking for is somebody who doesn’t live in Atlanta, so I have a reason to travel and get out of my house,” Brielle explained. “So, until I find that, it’s not happening.”

Brielle’s DMs have been lighting up though. She revealed that she receives “a ton” of DMs from celebrities. Some of them are bold and send her nude photos. Even Brielle’s mom said she’s never “seen more d*** pics” in her life.

Brielle Biermann goes on a “date” with her best friend

The KAB Cosmetics founder shared her wine and spaghetti date on social media. On Friday, September 25, Brielle Biermann posted a series of photos of herself enjoying wine and spaghetti. In the photos, she wore a lilac silk blouse with a white tank top and jeans. She also showed off her dark brown locks.

“is my glass half full or half empty? regardless, can someone pour me some more? 🍷 📸: my girlfriend @mingleesimmons 🤩,” Brielle captioned the post.

She also took to her Instagram Stories to share more photos from their night out. In the photos, Brielle declared her love for wine. She also claimed that she’s “taken” by her best friend Ming Lee Simmons. In between her dates, she’s been enjoying some much-needed girl’s time.