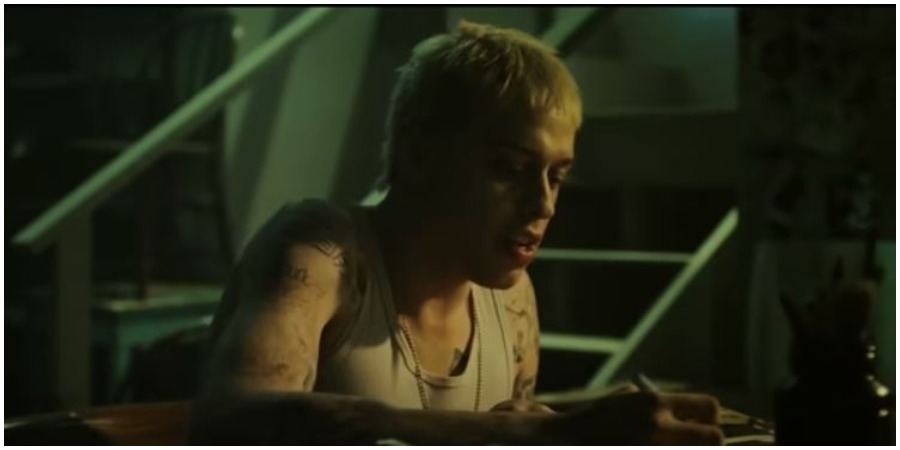 Devon Sawa, the actor who starred in the iconic Eminem video for the song Stan, is speaking out about the recent SNL skit. In the parody, Pete Davidson played a character named Stew, who spoofed Sawa’s likeness in the music video.

However, Devon wasn’t made about the skit. In fact, he claims that he liked it and even praised Davidson for doing a great job at making fun of him.

“I think that I saw things that a lot of other people probably didn’t see. He absolutely killed it. He mimics some of the nuances I did in the music video. For reference, he blows the pencil off in the first shot, which I did in the video. He eye rolls at the rearview mirror at certain times exactly how I did. He killed it,” Sawa told Us Weekly a week after the skit aired on television.

Devon Sawa was a fan of Pete Davidson’s SNL spoof

Devon Sawa went on to gush over Pete Davidson’s performance some more. He admitted that he felt flattered that the actor did such as great job of studying his own performance for the sketch.

The skit was based on Eminem’s song, Stan. The video portrayed a crazed fan writing the rapper letter after letter in hopes of getting in touch with him. Each letter is a bit more manic, and shows Sawa’s character sinking deeper into depression.

Finally, Stan snaps after not hearing from his idol. He kidnaps his pregnant girlfriend and drives off of a bridge.

Pete Davidson as Eminem in the Christmas song we never knew we needed. 🙏 #SNL pic.twitter.com/MmoieoFGpW

In the parody, Davidson plays Stew, who is writing letters to Santa Claus. Stew is begging for a Playstation 5 in the clip, and becomes angry when Santa doesn’t get in touch with him. At the end of the video, Eminem himself makes a cameo.

Eminem even made a cameo in the sketch

However, Devon Sawa stated that he wasn’t surprised to see Eminem get involved with the comedy series.

“I wasn’t surprised Eminem made the cameo. I think he’s got some comedy in that guy. He’s got a lighter side. So, I guarantee when SNL called him, he was like, ‘Yeah! Sh-t yeah, I’ll do that,’” the actor revealed.

During the interview, Devon Sawa admitted that he hasn’t seen Eminem in many years.

“I went to a concert of his and went backstage a year after [the video], but I haven’t seen him since,” he said of the rapper.