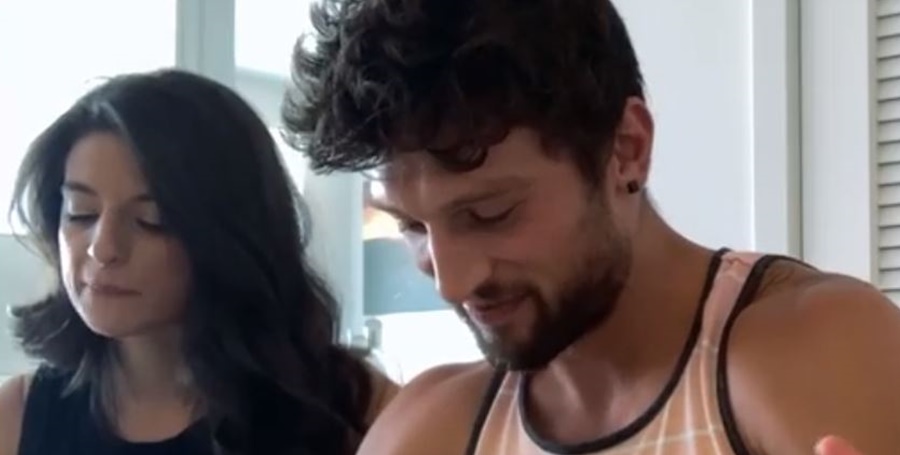 I Love a Mama’s Boy stars Mike Boornazian and Stephanie deal with a lot of privacy issues. His mom Liz simply won’t give them space. Mike often folds like paper in the face of his mom. So, now she heard Stephanie wants to move states, will she let Mike go along with her?

I Love a Mama’s Boy – Liz and Mike way too close for Stephanie?

When Stephanie and Mike met, she fell head over heels in love with him. But his over-bearing mother Liz inserts herself into the picture all the time. Ever since Mike’s dad passed away, she devoted all her love and attention to her son. In fact, some ILAMB fans think she almost acts as though Mike’s her man rather than her son. And, she constantly tries getting his attention away from Stephanie.

In the final episode of I Love a Mama’s Boy this Sunday, Popculture notes that Stephanie and Mike drop a bombshell on Liz. In fact, they sit down and tell her they plan a move to Los Angeles. Well, fans think that Stephanie has the patience of a saint. And, she really doesn’t want to deliberately hurt Liz deliberately. In fact, they relocate for work. After all, the coronavirus means people take work wherever they can get it.

ILAMB Fans react to the teaser of Mike possibly moving

TLC posted up a teaser on Instagram. Their caption read, “You really need to fly THAT far away, move THAT far away…and take my son from me?” ~ Liz.” In the teaser, Stephanie explains that she feels a bit nervous telling Liz about the upcoming move. Getting work and moving seems best for their “relationship,” she told the camera. The time came for the big news and the three of them sat down and talked over a wine.

Despite telling Liz her own parents are not too keen on the idea either, Liz just suggested Mike should stay and Stephanie goes alone. Well, she thinks that Stephanie should test it out before dragging Mike away. And, fans know if that happens, Mike probably never leaves his mom. In fact, the I Love a Mama’s Boy mom reveals Mike will “never” leave her. Plus she turns on the waterworks about being left alone. Naturally, fans reacted to the scene.

One fan sounded quite involved and said, “go live yall lives and go west. Yall have your own lives to live just like she got to live hers. Do whats best for yall, its not like she cant call him and talk to him she dont need him right there with her he grown she needs to let yall live!”

Then another fan noted, “She needs to realize that when you raise a son you’re raising one to be a provider, future husband and father. Yes, parents are important but we are to raise them to be independent.”

Many other fans said much the same thing. But, some skeptics think eventually, Mike caves in to his mom. After all, so far, the I Love a Mama’s Boy star crumpled like toilet tissue every single time.

What do you think about Mike and Stephanie planning a move to another state? Will Liz stop it from happening? Sound off in the comments below.