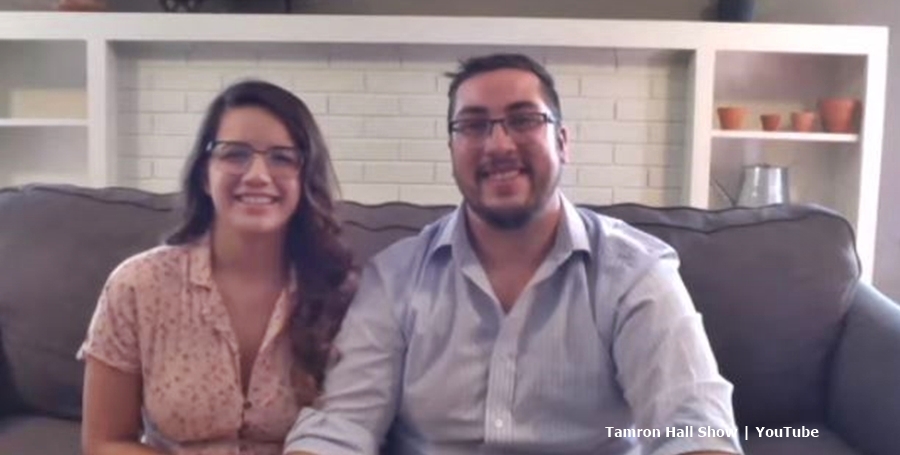 I Love a Mama’s Boy premiered in November on TLC. Much like sMothered, it brings cloying mothers who go over the top with their children. Only, this time, the network brought men who remain too attached to their moms for comfort. It seems popular, as fans love to hate the various characters. And the fact the sMothered got more than one season bodes well for the show. So, will TLC renew it?

I Love a Mama’s Boy over the top characters

We reported several times, that Laila, the mom of Shekeb seems the most despised character on the show. Relentlessly, as the show reveals her unreasonable and over the top attitude, fans troll on her. Twitter erupts with comments about how nasty she is to her son’s girlfriend, Emily. Shekeb also invites criticism for always running back and doing whatever it takes to keep his mom happy. Laila hates Emily so much, she wouldn’t even eat the cake she made her for her birthday.

Similarly, the rest of the cast also claim their share of criticism on I Love a Mama’s Boy. For example, Jason gets a lot of backlash as he lets his mom run his life. In fact, she even put a tracking device on him. And, he seems good with that. Engaged to Justina, they raise a two-year-old daughter. And, his mom Annette gets intrusive almost beyond belief.  In fact, we noted that Annette even tried “hijacking” Justina’s wedding plans.

Someone needs to up this bitch's meds, cuz the delusions run deep and the level of denial is incredible. Then she has the nerve to say, "This wedding isn't working for me". Bitch this ain't your wedding and you're the mom of the groom, NOT the bride! #iloveamamasboy pic.twitter.com/Tskqi73PrX

Mike Boornazian met Stephanie and she fell head over heels in love with him. But along came his mom Liz. The biggest problem seems to be a lack of privacy from Liz. Mike’s dad died when he was quite young. So, Liz turned all her loving affection onto her son. And, it seems like she deliberately invades Stephanie’s space to get Mike’s attention back on her.

Then, I Love a Mama’s Boy also features Matt and Kim. And fans firmly believe that he’s gay and his mom knows it.  Matt also seemed totally unfazed that his mom involved herself in picking out lingerie for his girl. A rather awkward situation, they live in the backyard belonging to Kelly. So, there’s no escaping the cloying ways of Matt’s mom.  So, with all these people for TLC fans to love to hate, will they renew the show for a second season?

I am always saying how #iloveamamasboy sends me into fits. My adult son asks me why do I continue to watch, I actually found myself saying "Because I realize I am not that bad after all" lololol He couldn't stop laughing. #iloveamamasboy

Occasionally, TLC advises about renewals just ahead of the last episode. Well, the last episode of ILAMB comes along soon, and still, no word of any renewal came out. However, the show brings many fans. Probably as many as sMothered. And, bear in mind that the show came out because of the success of sMothered. That show became renewed. So, potentially, a new season returns next year.

On November 29, I Love a Mama’s Boy ranked in fourth place in the top 50 original cable telecasts. It beat out real Housewives of Potomac and even CNN’s Newsroom. So we suggest with a lot of confidence, that there’s no reason why TLC might not renew the show.

‘Love After Lockup’: Angela Getting Rid of Tony’s Things – What Did He Do This Time?
Is ‘Wicked Tuna’ Real Or Staged For The Entertainment Value?
Is Bachelor Nation Ready For A Gay Lead?
‘Days of Our Lives’ Spoilers: Ben Gets Desperate
Colton Underwood Talks Cassie Randolph Relationship Following Coming Out Announcement