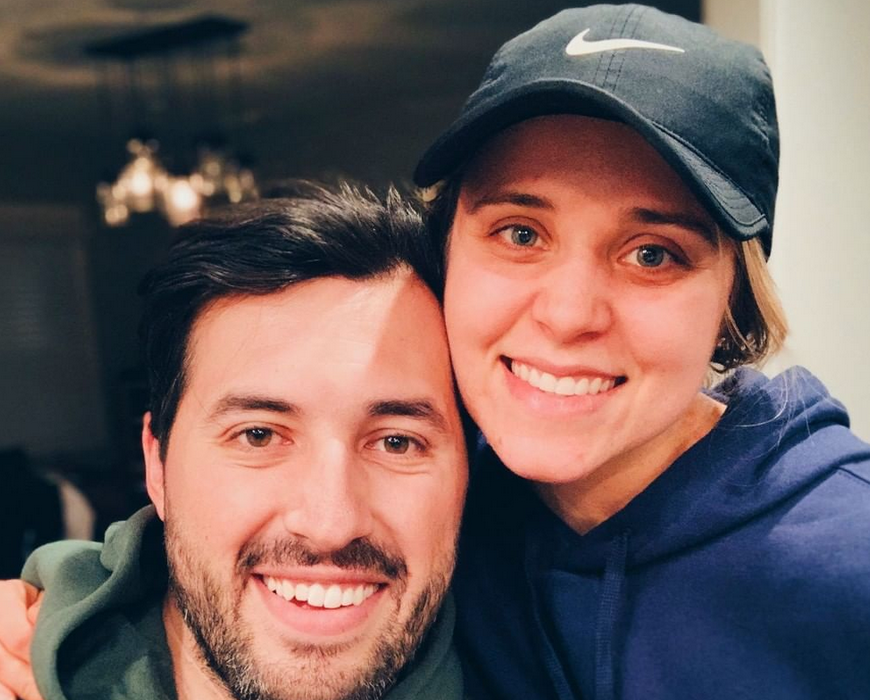 The Counting On stars’ Instagram pages are full with pictures of themselves, their children, and their life in Los Angeles, California. Prior to Evangeline’s arrival, most of their posts were all about Felicity. They shared cute photos and videos of their young daughter, and fans loved it.

But, now that Evangeline has arrived, there are few new pictures of Felicity posted. Critics are discussing this on Reddit.

Shortly after Evangeline arrived, the couple began posting fewer photos of Felicity on social media. A quick scroll through either Jeremy or Jinger’s Instagram page shows this.

Since Evangeline’s birth, Jeremy has not shared a single photo of Felicity on his Instagram page. On Jinger’s page, she has shared an updated family photo, as well as a selfie Felicity took. Out of the nine photos Jinger has posted in the past couple of weeks, only two of them include Felicity.

In the comments section of a recent post from Jeremy, fans started asking where Felicity is.

Why might Felicity Vuolo be missing from the family’s photos?

On Reddit, critics are talking about the possibility of Jinger and Jeremy pouring all of their attention into Evangeline because she’s a newborn. One critic writes, “I noticed a lot of family vlogging channels do something similar. The latest ‘attraction’ is a newborn baby so the older kids (once they’re no longer cute little babies) start getting pushed to the side.”

Another adds, “One vlogger I follow mentioned that she kept her oldest child out of some vlogs because the child got older and was able to say yes or no to filming based on how he felt at the time of being filmed. Hopefully there are parents out there who are responsible enough to keep the cameras away if their child says no.”

So, it’s possible that Felicity has decided she doesn’t want to have her photo taken anymore. Or maybe Jinger and Jeremy are trying to share more photos of Evangeline for some reason. It’s also possible that it’s purely by chance that Felicity isn’t in the photos. Maybe the couple is spending a lot of time with Evangeline while family cares for Felicity as they adjust to parenting two kids.

So, why do you think Felicity Vuolo is missing from the family’s photos? Share your thoughts below.

Adam Busby Gets Candid About Something He Cherishes Deeply
Fan Confirms Garrick & Dannielle Merrifield’s Relationship Status
Is That Ava Or Olivia Busby’s Squishy Face? Fans Still Have No Idea
‘Bringing Up Bates’ Preview: The Family Is In For A Huge Shock
‘SSW’: Close Friend Spills Why Sidian’s Marriage Ended [Exclusive]