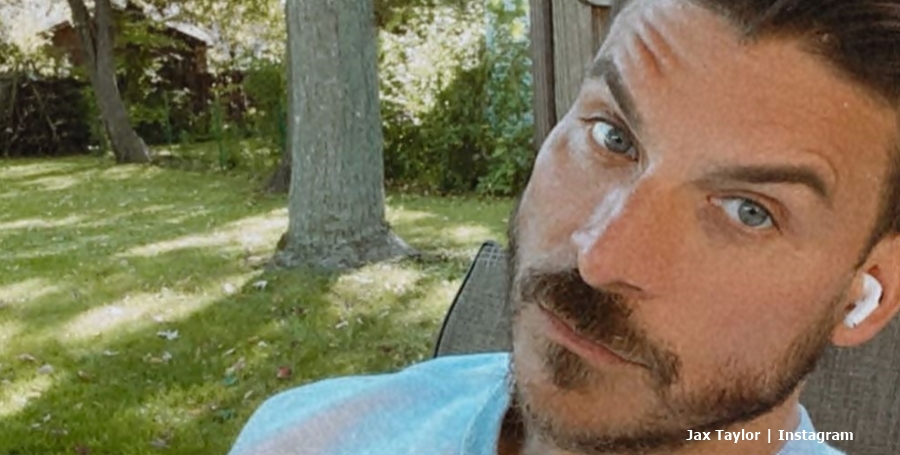 Jax Taylor and Brittany Cartwright fans sounded hugely disappointed when news came out that they left Vanderpump Rules. It’s not clear that they voluntarily left, but some media reports suggest Bravo fired them as part of their cancel culture. Either way, the couple sounds upbeat and Jax reassured his fans that they return to TV in the future.

When we reported that Jax and Brittany announced they left VPR, they didn’t sound down in the dumps about it. In fact, they both shared very positive messages on Instagram. They talked about focusing on their family. And, they hinted at sharing their “future endeavors.” Many fans hoped that if they left the show, they might bring some sort of Vanderbump Rules spinoff. After all Stassi Schroeder, Lala Kent and Brittany are all pregnant at the same time.

Well, in another article in July, we speculated that Jax and Britany probably already planned on life without Bravo. After all, “the cancel culture crowd on Twitter want him gone ASAP.” The friends all stick together since Bravo fired so many people. But, as we pointed out, “Brittany and Jax are no fools.” When Kristen visited them in Kentucky, surely they talked about the possibility of life without Bravo? Now, Jax Taylor assured his fans that they will, in fact, return to TV.

Maybe another network picks up Jax and Brittany

On Jax Tayor’s Instagram, fans wondered if they might get another show on another network. In fact, some of them noted that Lala Kent and Randall Emmet certainly move in influential circles. And, they remain good friends with Jax and Brittany. One fan wrote, “NOOOOOOOO!!! Omg the show will never be the same.” But then Jax came back with his reply. He said, “[We] will be back on your TVs soon don’t worry.”

In several other comments, when people, asked about another show, Jax Taylor seemed very positive. Another VPR fan wrote, “What sucks is you guys are doing so well and your lives are really just now starting and we won’t get to see all the amazing, special moments! But totally understand this decision and happy for y’all.” But Jax assured that they will see more of them. He said, “oh you will 😉📺.”

Were Jax and Brittany fired from Vanderpump Rules?

Trolls who hate on Jax sounded delighted that they left the Bravo show. And, some of the cancel culture supporters actually laughed and called him out as “a liar.” Many of them said he got fired and it was never their decision. Well, Variety ran a headline that said, “Jax Taylor Fired From Bravo’s ‘Vanderpump Rules.’” After the outlet saw Brittany and Jax posted about leaving, they checked with Bravo. And they reported that a representative said, “Jax Taylor and Brittany Cartwright will not be returning to ‘Vanderpump Rules.'” Notably, neither Jax nor the Bravo spokesperson used the word “fired.”

Fans, however, couldn’t care less if Bravo fired them. Lots of them feel over the cancel culture and they already miss the other stars who left. In fact, they all look forward to the news from Jax Taylor that they appear on TV again. And, both of them told their fans to “stay tuned.”