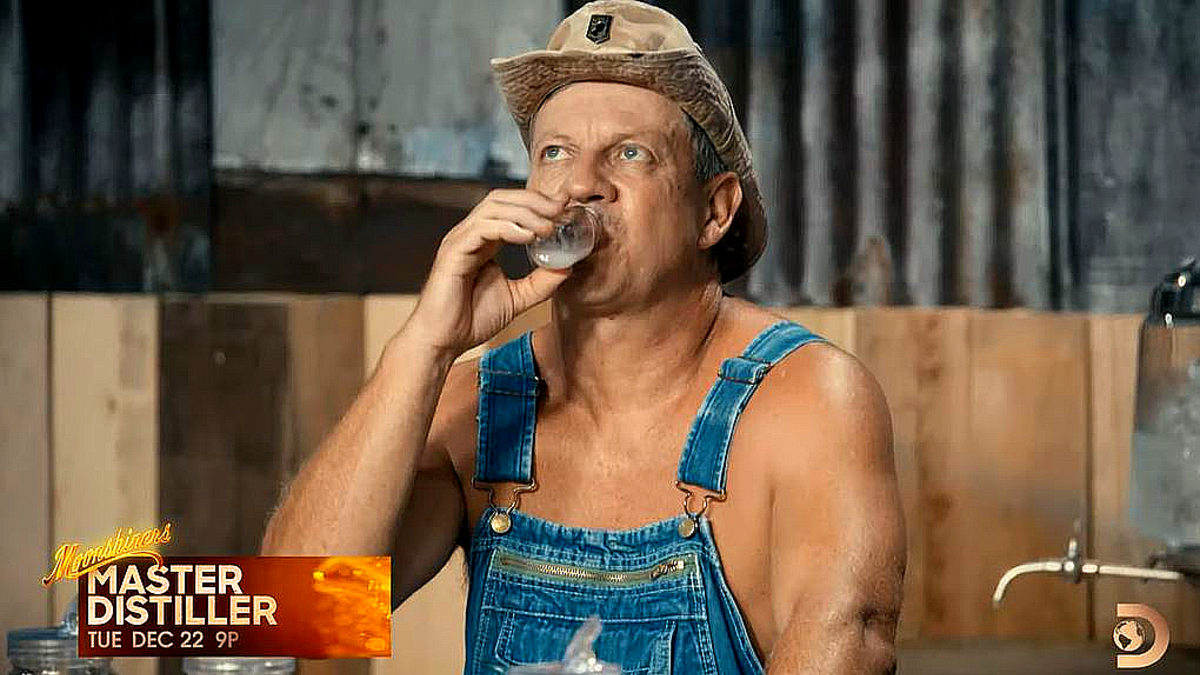 Master Distiller is coming back to Discovery right in time for Christmas. The series has a special on December 22 and the new season kicks off on December 29, and features a host of new challenges and surprises.

The preview below shows that the making of spirits is just as exciting as ever, even if you do include the dangers of open flames and high proof vapors igniting something.  Or blowing the still up. The cast is diverse as are the challenges they face.

The Moonshiners team of Tim Smith, Digger Manes and Mark Ramsay are judging the folks who have come to take the top prize of bragging rights as top distiller and perhaps market or sell their award winning creation to a larger entity.

About Master Distiller for Discovery

America’s favorite and only spirits-making competition show is back and boozier than ever with an all new season.

Three competitors, three judges, and one winning spirit are the math that you need to know for this boozy competition.

There will be new challenges that include distilling navy-strength rum and vodka, to creating George Washington’s famous rye recipe.

Now the best legal and outlaw distillers from across the country will show off their technique and their know how in the ultimate booze-making competition to see who has the chops to walk away a Master Distiller.

Across the country, distillers operating both on the legal side as well as in the shadows and beyond the reach of the law carry on a centuries-old tradition. Each from a unique background and with a specific specialty, these diverse distillers will come together to compete and earn their place in the liquor hall of fame. Judged by legendary moonshiners, Mark, Digger and Tim of Discovery’s MOONSHINERS, as well as appearances from some familiar faces as guest judges, three competitors will faceoff each week in a series of challenges focused on making a specific type of spirit, including gin, peach brandy, absinthe, Navy strength rum, and more.

In addition the distillers will need to prove their knowledge for the spirit making craft as they use and convert raw local ingredients into authentic, handcrafted spirits that will knock the socks off of even the most seasoned of these craftsmen.

The competitors’ backgrounds are varied, and they go from utilizing traditional outlaw ways in the backwoods of West Virginia, to discovering how beer was brewed in West Africa, to normal bartenders and mixologists who have found their niche at renowned legal distilleries.

All these vastly different contestants want the win for the bragging rights to be called Master Distiller.

Outlaw Tim Smith is beloved by fans on Moonshiners and had a spinoff series, Moonshiners: Whiskey Business. He was able to turn his own business into a legal operation and helped struggling distilleries make their mark once again.

In addition to watching MASTER DISTILLER on Discovery, viewers can join the conversation on social media by using the hashtag #MasterDistiller and following Discovery on Facebook, Twitter, and Instagram.