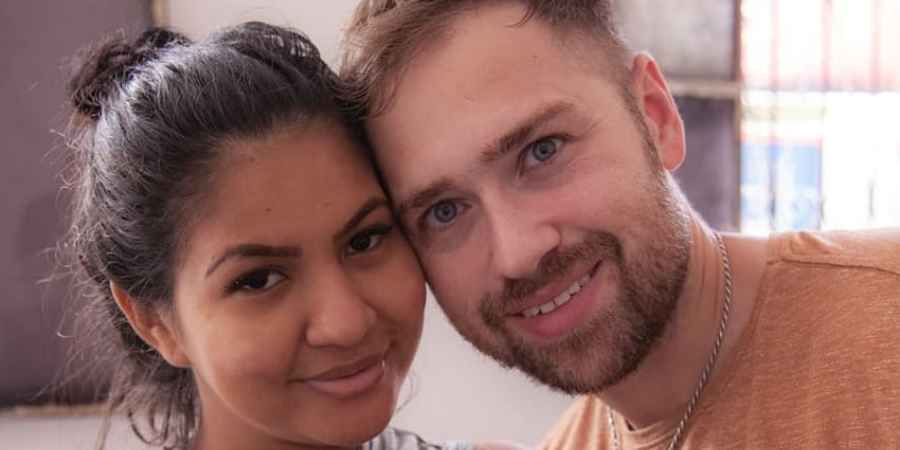 90 Day Fiance: Happily Ever After? alum Karine Staehle has finally found her passion. Her husband, Paul, announced on Instagram that Karine is to start a new dream career in cosmetology. Until recently, Karine and Paul were having a rough time in their relationship. However, things are looking good for the pair, who are expecting their second baby.

Fans of 90 Day Fiance: Happily Ever After? will remember that Karine and Paul had a rough time on the show. Even worse, off-screen they had an explosive fight, which led to both parties taking out restraining orders on the other. Karine was angry that Paul hadn’t kept his promises to get a job and offer them better living conditions. What didn’t help was that Karine was homesick for her Brazilian home and family.

After splitting for a while, Karine and Paul decided to give their marriage a second chance. For the last few months, they have been living in Brazil and look very happy together. With Karine being pregnant with her second baby son, it is obviously comforting to live close to her family. Fans have noticed that the Brazilian beauty has a glow of joy about her. This could be her pregnancy, but it could also be cosmetic. Whichever it is, she now has the confidence to start a new career.

Karine has a new career

Paul Staehler recently posted a video clip on Instagram, where he announced that Karine has found her passion. In his caption, he explained she was about to “begin a career in cosmetology.” Paul declares his support for his wife while introducing new friends in the clip to help her “accomplish her dream.”

Paul wrote that he wanted to make the video, as he hasn’t “seen her this happy in a long time.” On hearing the good news, many of his fans shared their congratulations and good wishes. One fan wrote, “Hopefully she goes to school and learns all the proper care of a cosmetologist.”  Paul, 37, wrote that Karine is completing her high school diploma in Brazil. She will then enroll in a college in the United States, where she can stay “focused on cosmetology.”

Why is 90 Day Fiance star Karine quiet on Instagram?

Some 90 Day Fiance fans asked Paul why he was making the announcement on behalf of his wife. Karine has been noticeably quiet on her own Instagram account lately. As noted by Screen Rant, Paul explained that “she is on a secret account to avoid all the negativity on her main account.” Fans can obviously appreciate what the feedback from trolls can be like on social media.

While Paul drew a lot of hate in the past for his treatment of Karine, it seems he has really turned things around. We wish the former TLC reality stars everything of the best in their family and professional life.

In the meantime, fans can meet new couples on Season 8 of 90 Day Fiance on TLC on Sundays at 8 pm ET.