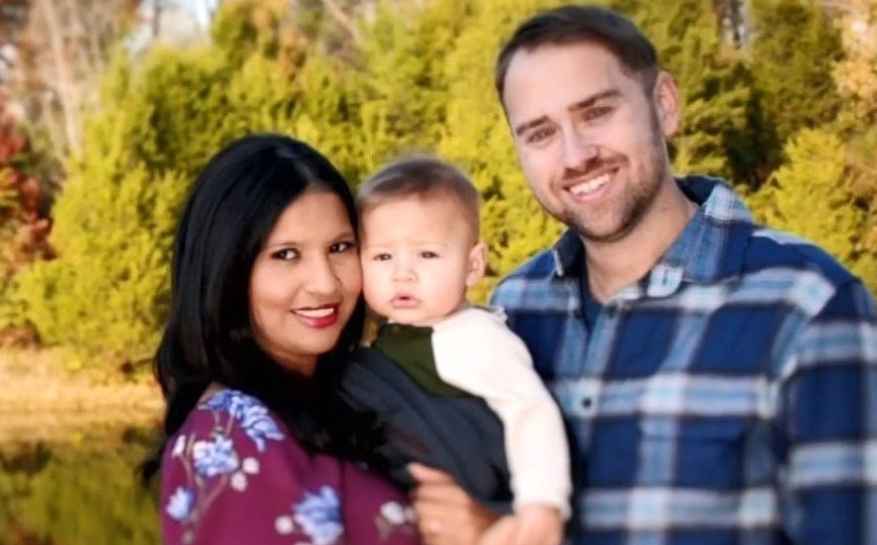 While fans didn’t see the drama directly on 90 Day Fiance: Happily Ever After?, they saw it play out on social media. This was when Paul and Karine Staehle split after an explosive fight. After taking out restraining orders on each other and setting a court date, things changed again. Now, Paul and Karine appear to be back together as a happy family.

90 Day Fiance stars Paul and Karine and a happy family

While the latest season of 90 Day Fiance: Happily Ever After? is over and done, the drama continues in the stars’ lives. However, in one particular couple’s lives, good things have come to pass. After the chaotic several months in the headlines, Paul and Karine Staehle are reunited. They are now happily living their lives in their Louisville home.

The latest post on Paul’s Instagram shows him dozing on the couch with little Pierre snoozing on top of him. Naturally, some haters made nasty comments, like pointing out that the baby’s hair needs combing, but generally people were nice.

With all this happiness going on, fans are asking if Paul and Karine will be in the next season of 90 Day Fiance: Happily Ever After? After Paul posted the image above, it certainly seems they are in the process of living in a “happily ever after” state!

The image was posted soon after the Staehlers dropped restraining orders against each other. At the same time, court hearings were also canceled for the custody of little Pierre. Following this news, the family posted an image to Facebook, including the couple, Pierre, the dogs and Paul’s mom. Moreover, the image showed one more person coming to the family in the form of Karine’s baby bump! This confirmed rumors that had been swirling that the Staehlers were expecting another child.

Some pretty nasty accusations had appeared on social media relating to the couple. During this drama, TLC gently parted ways with the Staehlers by uninviting them to the 90 Day Fiance: Happily Ever After? Tell-All. During the show, Shaun Robinson explained that TLC wanted to give the pair a chance to deal with their problems.

Will Paul and Karine return to 90 Day Fiance?

Fans will recall that Season 5 had finished filming by the time the drama between Paul and Karine came out. In fact, if you only watched the show, you would believe the TLC reality stars were happily enjoying a visit to Karine’s family in Brazil.

Should they continue with the TLC reality show, how would their story be handled? Would it carry on where it left off, with Paul and Karine happy? Alternatively, TLC does enjoy drama. Would they maybe add a version of the events on the reality show? It is difficult to say, as this couple has a long history of breaking up and making up.

As noted by Cinema Blend, TLC has fired cast members in the past for their behavior off-screen, so it does make us think. Does the reality TV network need that much drama? In the meantime, let’s wish Paul, Karine and their family all the best, whether they come back to the screen or not.