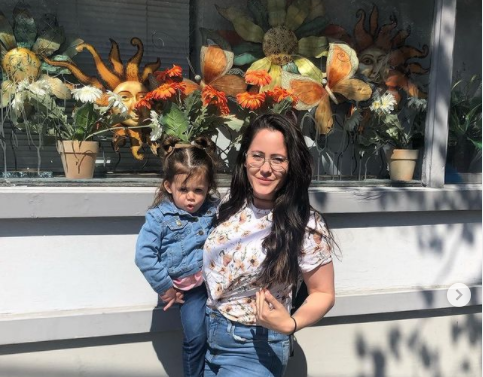 Former MTV Teen Mom Star Jenelle Evans is in hot water again over yet another dog. The celeb is now seeing a lot of social media flack, especially after what happened with the family’s previous pet, Nugget.

The controversy appears to have started when Jenelle added a post to Facebook that included a video of a new mama pitbull nursing her babies. The post included the caption, “I’m a new mommy again!” According to Jenelle, the underweight, pregnant Pitt showed up on their doorstep earlier this month. Cold and hungry and nearly ready to give birth, the dog clearly needed a place to stay. So Jennelle and David rescued the pup from the cold. According to Inquisitr, the couple also initially reached out to neighbors from surrounding areas via social media in an attempt to find the dog’s owner in the Delco, NC area. No one responded to their posts. 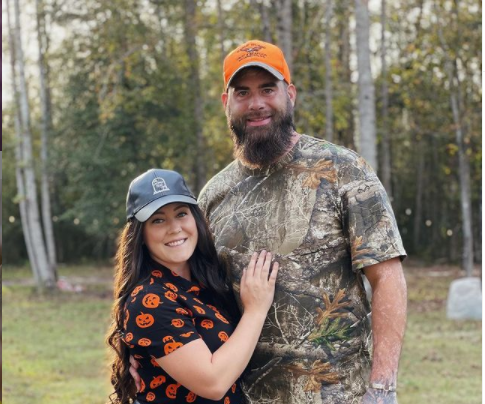 After Jenelle posted on Facebook about the new puppies, comments from the public started rolling in like clockwork. Because of her long time involvement with MTV’s Teen Mom, many have followed her story over the years. Jenelle’s story, unfortunately, includes a horrific incident involving her husband, David Eason back in late 2019. Despite controversy around the facts, Eason eventually admitted that he did indeed shoot the family’s Anatolian Shepherd pup, Nugget. During an interview with PeopleTV late last year, Eason says that he did what he had to do to protect his family. Eason claims that nugget had bitten his daughter Ensley in the face and so he ‘euthanized’ it. He told reporters that this was not the first time the tiny shepherd had bitten his daughter aggressively – so it needed to be taken care of.

While Jenelle had many strikes against her with the network, this was the final straw. The network shortly after let Jenelle go after having been on the show for 10 years.

Needless to say – people had a lot to say when they saw Jenelle posting about a new dog in the home, regardless of how it came to be. Commenters began flooding the post.

While some were supportive – many were not so happy that Jenelle had another dog around ‘Dog Killer David’ as one commenter wrote.

Comments from the peanut gallery ranged from, ‘These people should not have a dog’ to ‘Is your husband going to kill these too’.

The post, in less than a day, had received almost three hundred comments – most of them not so friendly in nature. 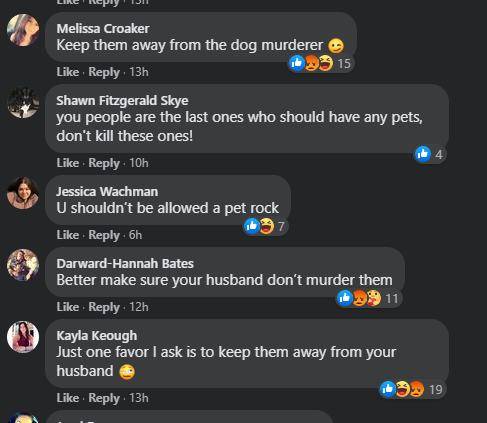 Shortly after the initial post about the new pups, Jenelle took to Facebook with a rant. She seems to think some of the commenters trolling her Facebook post called the cops about the stray.

“now it turns into “call the cops on Jenelle for a stray pit bull having puppies” ” Jenelle posted earlier today.  “I did not steal this dog. I gave this dog a home and have been feeding her,” Evans continues.

So, were the cops involved? As far as TVShowsAce can tell the answer is no. It does not appear that cops made any visits to their home regarding their fostering of the stray. Earlier today, E! reported that they had spoken with a staffer that works for the Sampson County Sheriff’s Office. The woman confirmed that no calls had come in regarding Evans or Eason.

Jennelle would later confirm that no cops had been to her home regarding the matter.

So why include that in her post? Could be that the nature of the comments prompted her to think people would call the police on her – or maybe based on personal experiences she’s just a bit paranoid. Either way – we can confirm that at the time of this post – the police are not involved and currently have no reason to be as far as we can see.

Fans Continue to Be Uneasy About the Dog’s Safety

Teen Mom fans continue to be concerned for the dogs, even though they appear to be doing well. This is likely a result of Jenelle telling fans that she might keep one of the pups.

“The kids love the puppies!” Jenelle revealed in a recent post. “We might keep one but going to give them away to close friends of mine for free when they are ready to go.”

Despite the Nugget incident being a year behind them, many worry that David’s past behavior might put the new pups at risk. They are also throwing some fire at Jenelle for allowing more pups to potentially become David’s next ‘victims.’

For now, the mom and pups appear to be doing well. You can follow Jenelle’s posts about the Pitt rescue pups on her Facebook page.

Stay tuned to TV Shows Ace for all the latest gossip on your favorite reality stars! New stories posted every day! Remember to bookmark our Homepage!