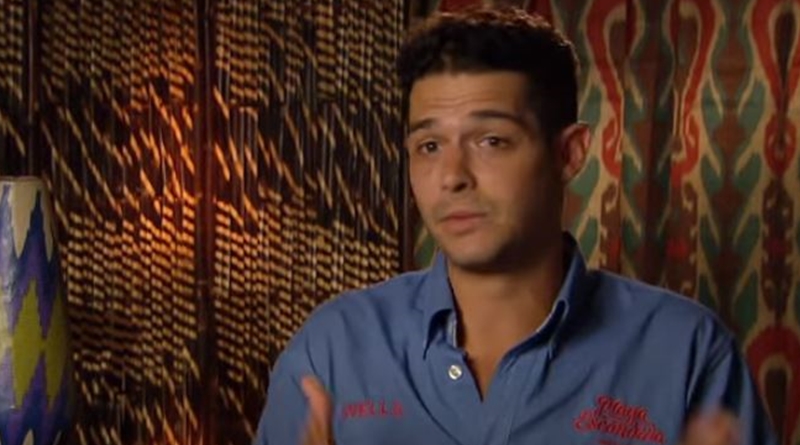 BiP bartender, Wells Adams should know by now, that anything Dean Unglert does comes with extremes. But, perhaps Wells thought a game of golf might be a fairly tame outdoor activity. Nevertheless, the weather seriously played against Wells as they ended up playing in gale-force winds.

Bachelor in Paradise fans know that Dean Unglert loves jumping out of planes. Or, he enjoys mountain climbing. And, even a visit to an abandoned waterpark ended up with him coming across a pack of unfriendly-looking dogs. Plus, he even motivates Caelynn Miller-Keyes to step out of her comfort zone when it comes to her fear of heights. So almost anything could happen when Dean suggests an activity.

On Monday, December 7, Dean took to Instagram and shared a video clip of Wells Adams playing golf. Of course, ABC fans know Wells Adams from BiP as the bartender. And, his fans also became a bit excited when he was spotted “bartending at the resort where filming [took] place.” We noted that it came on The Bachelorette show featuring Tayshia Adams and Clare Crawley. Fans and the cast like him as he sometimes gives people advice on Bachelor in Paradise. But, perhaps he should have taken some of his own advice when he picked a bad day for golf.

Screenrant reminds readers that Wells Adams is tall and measures in at 6 feet. So, when Dean shared his video clip of Wells playing golf he bent low over his club. Actually, he also hunkered down because of a howling wind. Dean captioned the clip with, “the wind said 😤 but @wellsadams has ice in his veins.” Well, when Wells Adams lined up his putt shot, the wind actually blew the ball back onto his club. So, he had to count another stroke. Of course, the onlookers howled with laughter.

Mind you, the BiP barman tried again and this time, it went in the hole. Wells Adams commented on the BiP star’s video. He said, “The course was angry that day my friends. Like [an] old man trying to send back soup at a deli.”

After that, one follower talked about golf on a windy day. They wrote, “How’s the forecast? Oh, it’s super windy. Perfect let’s golf.” Naturally, that sounds exactly like something that Dean Unglert might do. And, he admitted, that’s “basically how it went.”

One follower said to Dean Unglert, “Apparently @wellsadams didn’t have much ice in those veins. He lost to the good guys!!” And Dean replied saying, “money won > money earned.” Others got a bit of laugh as it looked like the golf game went down in a hurricane. Overall, it seems that BiP fans thoroughly enjoyed Wells Adams attempting a putt in gale-force winds.