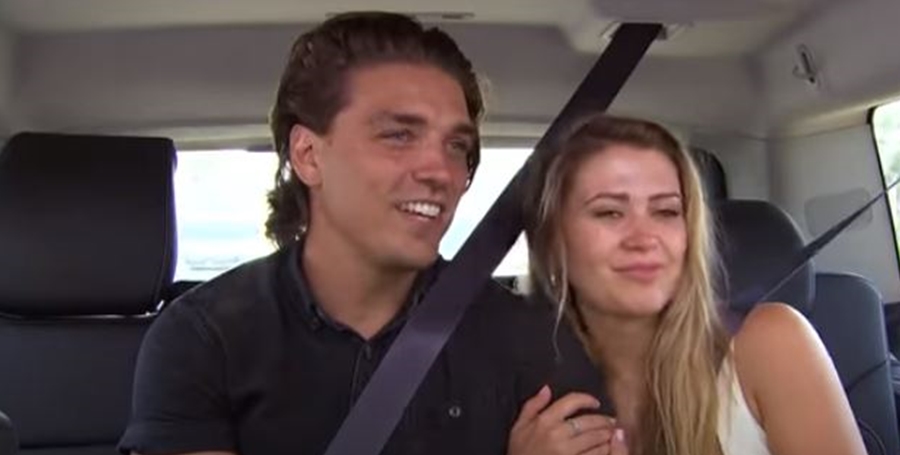 Dean Unglert loves nothing better than exploration and travel. And, even if he can’t find some exotic location, or jump out of an airplane, his curiosity drives him on. On December 3, he shared about how he stopped off at an abandoned waterpark. But, the Bachelor in Paradise alum left when a pack of dogs approached him. Some fans thought he lied and made things sound overdramatic. But he told the truth and backed it up with evidence.

The Bachelor in Paradise alum faces some big personal challenges with his extreme sport and adventures. And, sometimes he scares the pants off his followers. We reported that some people thought he slipped and fell from a hot air balloon recently. But, he did it intentionally as he wore a parachute. Mind you, hardly anyone thought they could cope with so much adrenaline before breakfast.

Dean also loves travel and gets as far from the madding crowd as possible. He climbs mountains and skis in wild places. And, even though he broke his leg so badly last year, he gets back into his lifestyle again. Dean Unglert looks like the sort of person not content with photographing a beautiful lake. The BiP star’s the type of person who would hike down there and swim in it. So, when he drove past an abandoned waterpark, he decided to stop and check it out, How often did you feel similar urges? But did you ever do that?

Fans think that Dean visited the old waterpark off the highway between LA and Las Vegas. Possibly, it’s the old Lake Dolores Water Park. Life in Wanderlust explains the history of the place. First established in 1962, it later changed hands and names and was known as “Rock-A-Hoola Water Park and Discovery Water Park.” Closed in the 1980’s it experienced a brief resurrection after a makeover in 2002, But it closed permanently in 2004. In the video below, you can see what it looked like in the 1990s.

Dean Unglert revealed a series of photos on his Instagram. And, it looks eerie with lots of graffiti on the walls. Dean said, “I’ve driven by this abandoned water park too many times before finally deciding to pull off and check it out.” He explored around “carefully” but added that he was “scared off by a pack of seemingly wild dogs.”

Fan accuses Dean of exaggerating about a pack of dogs

In the comments section of his post, some fans felt terrible that packs of abandoned dogs roam around the desert. They worry about them finding food and water. But, one person felt that the BiP star simply exaggerated. They wrote, “I’ve been here quite a few times & I’ve never seen stray dogs! 😳” Then another one commented, “You’re so dramatic I can’t even take this caption seriously. Did they ACTUALLY chase you off or is that a mere perception of the situation? Your reality seems skewed these days 🤷🏻‍♀️.”

Well, firstly, Dean Unglert never said he got “chased” away, he said he got “scared off.” More than that, he shared a photo of the dogs. All the troll needed to do was scroll through the series of photos to the fifth picture. As usual, perhaps trolls should check their facts before accusing people.

Life in Wanderlust gives directions if you hope to explore. But they recommend you don’t go there “after dark.” Plus, watch out for things like “used needles.” That might be why Dean Unglert walked around carefully. If you go along, be careful of roaming dog packs as well.

Directions from Los Angeles on I-15