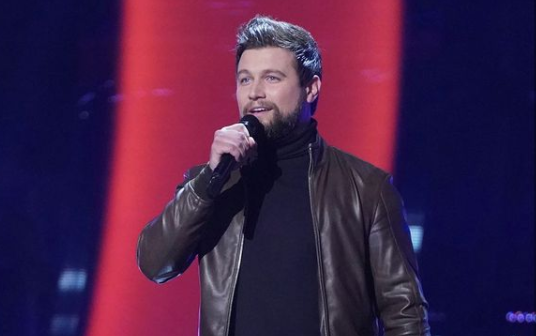 Carson Daly announced that Voice contestant Ryan Gallagher “had to exit the competition” on the November 30th episode. Daly did not elaborate on the reason for Gallagher leaving. Fans upset with the announcement assumed that the departure was due to a family medical emergency.  Gallagher told his fans via Instagram that their assumption was not the case.

He said, “Thank you everybody for your concern for my family. However, everybody’s fine”. Gallagher continued his post, “That’s not the cause of what happened tonight on The Voice. I didn’t drop out of the show. Details are still to come. I’ll keep you posted.”

It turns out, NBC and MGM dismissed Gallagher from The Voice. Gallagher’s personal manager, Michael Catalano released a statement about Gallagher’s dismissal.  “Last Sunday my client Ryan Gallagher, […] was dismissed by NBC and Metro-Goldwyn-Mayer Studios for an alleged violation of the show’s Covid 19 protocol,”

NBC and MGM responded to Catalano with the following statement. “Ryan is a talented artist, however The Voice has strict Covid protocols in place to secure a safe set for our crew, coaches and contestants. We were made aware of a breach in those protocols, and after examining the situation, and out of an abundance of caution, we determined that Ryan could not participate in our Monday night show without potentially putting others at risk. Therefore, we made the difficult decision to remove Ryan from the competition.”

“Out of an abundance of caution” seems to be the proverbial catch-all phase surrounding the pandemic. Every show, movie, and production group has its own set of Covid-19 protocols to keep everyone safe. No one has said what Gallagher did specifically to break these protocols. Catalano has said that he does not believe Gallagher broke the protocols at all. Gallagher has first-hand experience with the severity of Covid because his mother had Covid.

“Ryan’s mother […] was hospitalized with Covid 19 and was in ICU for three weeks. It was a scary time for Ryan and his family and he certainly would not knowingly put anyone at risk by not adhering to the show’s Covid 19 policy.”

Given this fact, Gallagher seems an unlikely candidate to break the protection protocols put in place by The Voice. However, on November 16, Gallagher posted an Instagram video where he said he had traveled to Michigan to visit his family. The Voice has not released what their Covid protocols are, but the visit could be a factor in his dismissal.

Catalano is not ready to let things go. He said, “As you can imagine there is more to the story here than the show has announced and at an appropriate time and place of our choosing Ryan will respond to these damaging allegations.”

What’s next for the singer

Continuing Catalano said, “Ryan, whose performing career began at age fifteen as a backup singer for Josh Groban in Michigan, has been devastated by the show’s dismissal. A career as a singer/performer has been his life-long dream”.

The singer was a tough competitor for Team Kelly, and his voice will be missed for the rest of the season. Catalano spoke to Gallagher’s fans directly in his continued statement. “Ryan is so touched by the massive outpouring of support he has received from thousands of viewers who were hugely disappointed by the show’s actions and are vowing to support him in his future endeavors. He remains very, very appreciative. Thank you for your continued support of Ryan Gallagher during this difficult time.”