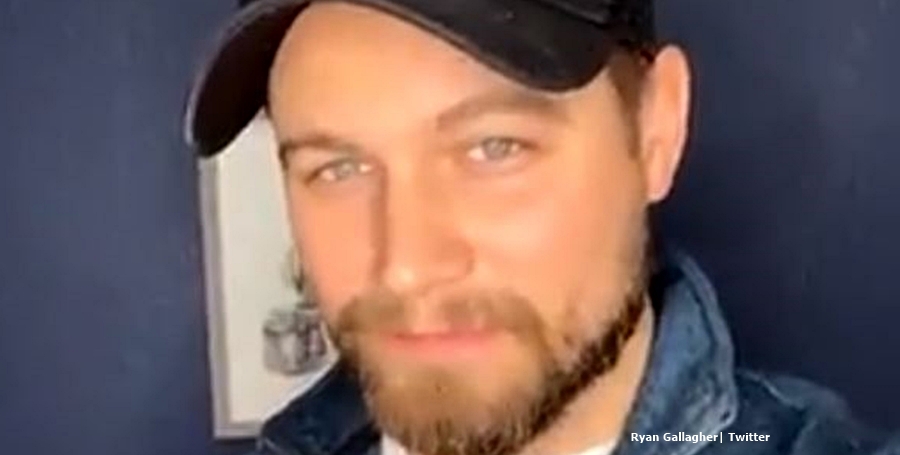 The Voice fans heard that Ryan Gallagher got sent home. And fans wondered if something went wrong at home. After all, word went around that his mom previously landed up in the hospital with COVID-19. But, it seems that’s not the reason for his dismissal. Now the real reason emerges and it looks a bit bad for the singer.

The Voice‘ Ryan Gallagher off the show

The show went ahead with Season 19 despite concerns about the coronavirus. We reported back in May, that the show came remotely. So, the production team takes it all very seriously. In the recent episodes, they brought in the Live performances. But Ryan, singing on Kelly Clarkson’s team, didn’t feature. And, you probably recall Carson Daly said that he exited the competition. However, he never said why.

ET Online reported that The Voice’ Ryan Gallagher later reassured his fans. On Twitter, he told them the family’s “okay.” And, he told them he didn’t “drop out of the show.” It wasn’t his decision. So, it became obvious that the production team asked him to leave. Fans felt a bit saddened as he did so well the week before in the Knockout Round. But news emerged that Ryan actually broke the rules about safety and the coronavirus.

The Inquisitr reported that the show took a lot of effort with keeping everyone safe. After all, they got some criticism when news emerged that the show continued during the pandemic. The judges actually sat behind a special shield and they used different stages for the singers. Probably, a lot of rules for contestants existed as well. While fans don’t know the full details of those safety regulations, they signed up for them in their contracts.

Some fans speculated about The Voice’ Ryan Gallagher’s departure from the show. On Twitter, one fan even suggested. ” I think someone was either harassing you or someone was jealous of you, or perhaps both. TV producers are the sleaziest people in the world. They were lucky to get you and then they abused you.” But, clearly, if he broke the COVID-19 rules, the production team took that as abusive behavior from Ryan.

Waiting for further explanation. I have to believe that you would have won that 4 way. You were spectacular. I thought it odd that you posted less than 24 hours before about being on the show and then suddenly weren't there. Please let us know what happened!

Fans talk about the virus

Other comments rolled in about the coronavirus.  One critic noted, “broke covid protocol which is dumb.” And other fans get the reasons for it. One comment read, “He broke COVID protocol and out of caution they let him go, for the safety of the crew, judges and other contestants.”

That certainly makes sense. After all, why should other contestants end up at risk because one person cares little about safety?

What are your thoughts about The Voice’ Ryan Gallagher being sent home? Do you agree that they really can’t take any chances with the coronavirus? Sound off your thoughts in the comments below.