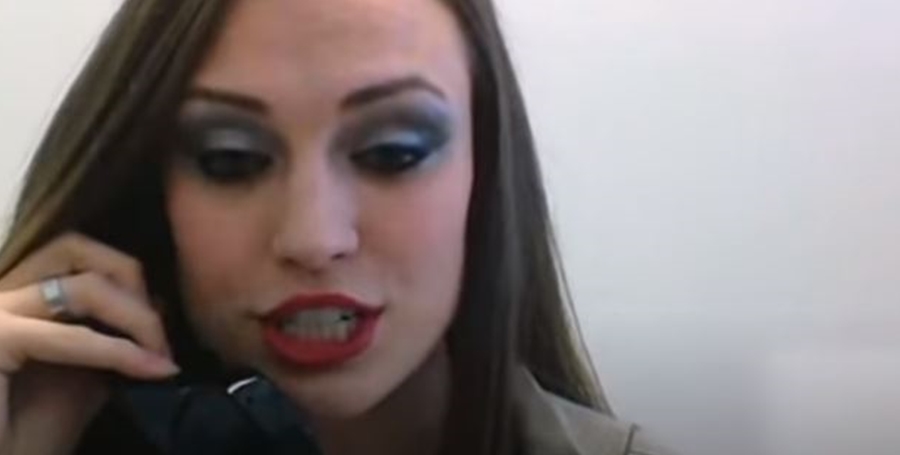 Love After Lockup rumors go around that Lindsey Downs is back in prison. Despite that, recent photos on her Instagram reveal her out and about and not behind bars. So WEtv fans become a bit confused about the situation. Recall, that Lindsey and Scott Bradshaw got together but fans totally think she later found a younger man. He denied that, but now he says that he “rides off into the sunset” as fast as he can.

Love After Lockup: Lindsey Downs fans thought Scott would never hold onto her

We reported in July this year, that Lindsey dated older men in the past and she did that because they often have “money.” Clearly from the outset, fans believed that she’d use Scott, and then dump him. She originally went to jail for running from the police in a 140pmh high-speed chase. And, she carried meth with her. Scott knew all about that, and he possibly learned the hard way that what fans predicted came true. They predicted she’d end up back in jail. Did that happen?

While Scott denied on Twitter that a young guy stole Lindsey away from him, Screen Rant noted that she kind of cheated on him anyway. But, with another female. Actually, she and this woman “locked lips” in the bedroom. Well, we know that Scott got over Lindsey. Or at least, he seems over the Love After Lockup show. On Facebook, he shared about the show on December 3. Is that because she not only cheated on him, but also went back to prison?

Fans confused over conflicting Instagram posts about Lindsey and prison

On November 21, Lindsey posted up a photo of herself posing in a bikini. Some fans who thought she went back to jail wondered about it. One of them said, “I’m confused lol. Are you out or not ?” Others took up the mantra and many other people felt certain that she went back to prison. One person noted, “She’s back in jail y’all. Someone else is running this account.” So, that makes some WEtv fans even wonder if it’s a fake account.

Starcasm wrote a few days ago, that Lindsey returned behind bars. The outlet noted that “Online records indicate that she was booked on October 8.” And those records reveal that she got placed in the”Lafayette County Detention Center in Oxford, Mississippi.” However, the exact reason for the Love After Lockup star’s incarceration seemingly evades Asa Haws who sleuths for the outlet.

Well, if Lindsey Downs from Love After Lockup still sits inside prison, then clearly someone else manages her Instagram account right now. As for Scott Bradshaw, he still thinks that he was right to give her a chance. He told his Twitter followers that he looked “beyond the inmate” to the “person inside.”