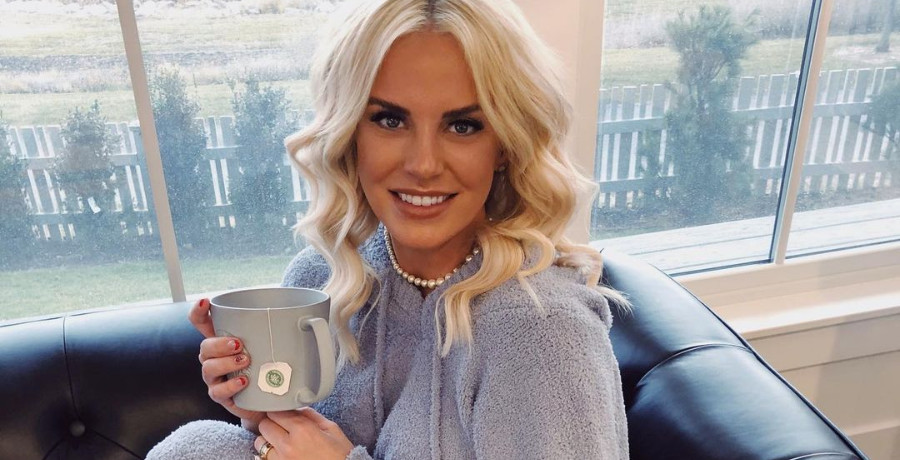 The ladies of Real Housewives of Salt Lake City are an interesting bunch. One married her grandmother’s widowed husband. Another one is a grandma herself at the young age of 34.

Mary Cosby may win all the awards for strangest marriage, but Whitney Rose takes the title for  youngest RHOSLC star. She’s also a grandmother and she’s not even 40 yet!

RHOSLC Star A Grandma At Age 34

Whitney Rose’s marriage caused a small scandal in her community. As viewers learned in the season premiere, her husband was once her boss. And the two were having an affair that resulted in a pregnancy.

The tryst ultimately led to a happy marriage. Despite the bumpy road, Whitney Rose is close with her stepchildren. In fact, it’s through her marriage that she can consider herself a grandmother at such a young age.

The Salt Lake City Tribune reports that one of Whitney Rose’s stepsons recently got married. And his new wife has two children from a previous relationship.

When it comes to her own kids, she gives them the choice about appearing on the show or not. She has two children with her husband, Justin. Daughter Bobbi is 10, and son Brooks is 7.

Unfortunately, viewers may not see much of her stepchildren during this season. However, Whitney Rose is hopeful they will get more camera time if the show gets another season.

The RHOSLC star really keeps it all in the family.

Whitney Rose is Cousins With Her Co-Star

Whitney Rose credits her RHOSLC gig to Heather Gay. It turns out that the two are cousins, and Heather Gay told producers about Whitney’s scandalous marriage. And now they are both Bravolebrities starring in the newest installment of the Real Housewives franchise.

While Heather Gay may support her cousin, the rest of her family took a while to come around. Whitney Rose tells The Salt Lake City Tribune that her family shunned her after the affair. While she wasn’t officially kicked out of the Mormon church, the couple “chose to stop wearing” the temple garb and attending church.

Teases ‘Storm Brewing’ in Next Episode

Compared to Mary Cosby, being a grandmother at 34 is less controversial than marrying your step-grandfather. Ahead of the new episode of RHOSLC, Whitney Rose teased fans that there’s a “storm brewing.”

Over the weekend, she shared a photo of the cast praying together. The photo seems to be from the group saying ‘Grace’ before dinner. However, Whitney Rose gave it a new meaning. She captioned the photo, “Lord please bless us and prepare us for the storm brewing in Episode 5. ❄️🌪.”

Her co-star Jen Shah left a laugh-crying emoji, along with two heart emojis. What do you think goes down on the new episode? Give us your best guesses in the comments down below. Be sure to follow our RHOSLC Facebook page.

WOAH!!! Hannah Brown Destroys Sh!t In ‘Thrash Therapy’
Is Erika Jayne Calling One Of Her Co-Stars A ‘Snake’ For Leaking Info?
Rick Leventhal, Kelly Dodd Are Unemployed With Health Issues
‘Renovation Island’ Resort: How Much Does It Cost To Stay?
Jinger Duggar Admits She ‘Struggled’ With Her Family’s Religious Beliefs