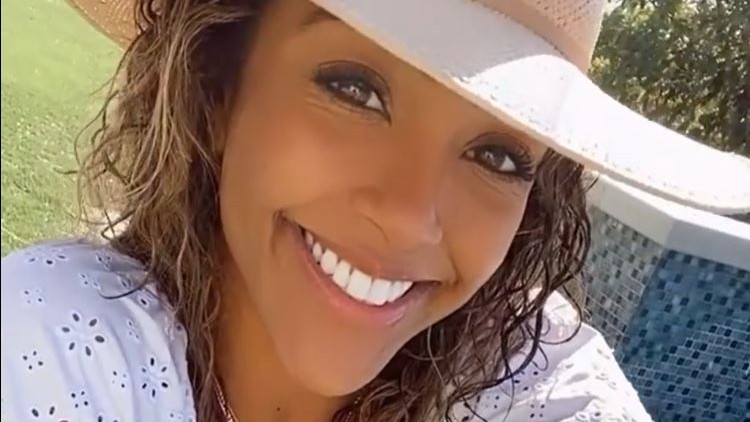 Things change and that applies to how Tayshia Adams views intimacy before marriage. As her journey continues and gets more serious, she shares her thoughts on waiting for intimacy until wed. Fans know she was married before so she’s obviously not a virgin. However, fans have seen leads become renewed virgins before. So, what are Tayshia’s thoughts?

Will Tayshia Adams get intimate before marriage?

US Weekly shared Tayshia’s thoughts on the subject. And, her thoughts have changed since her divorce in 2017. Tayshia said, “I waited until marriage so that being said, I now have a different [outlook] on that.” She continued, “I feel like s*x before marriage is important because that’s such an intimate thing with your partner.”

She went on to say her thoughts now are that it’s something couples should explore before they say I do. Tayshia said, “I’m not saying go have a one night stand every single day, but I’m just saying it shouldn’t be the foundation of your relationship.” She continued, “I think it should definitely be a thing that you can connect on because I think it’s very, very special.”

She went on saying, “I’ve always dated with intention. I married my first boyfriend for Christ’s sake, like, I don’t have many past hookups. I’m not the girl that does that kind of thing, but I don’t know, I just find intimacy is very, very sacred.”

So, will she take any of the men to the fantasy suite this season?

Big Truths. Big Lies. And a big TWIST. #TheBachelorette is all-new this Tuesday on ABC! pic.twitter.com/aWTkB5PWru

Her past and her future

Tayshia married Josh Bourelle, whom she met in college. They were together six years. However, they weren’t married for very long. She says she saved herself for marriage and in the end the marriage ended. On the show she said it ended partially due to infidelity and not on her part.

Rumors have been flying that perhaps he made an appearance this season. However, Tayshia, along with host Chris Harrison, have said that is absolutely not true. She has moved on from her past. And, while divorce remains the hardest thing she’s been through, it made her “strong and fearless.”

Now, she’s trying to find her second husband. The Bachelorette admits she falls for multiple men this season. There are several guys she has intense chemistry with.

Tayshia will be wrapping up her season December 22 just in time for the holidays. Then, fans will see Matt James begin his journey as The Bachelor on January 4.

Stay tuned for more updates on Tayshia and all your favorite Bachelor faves.