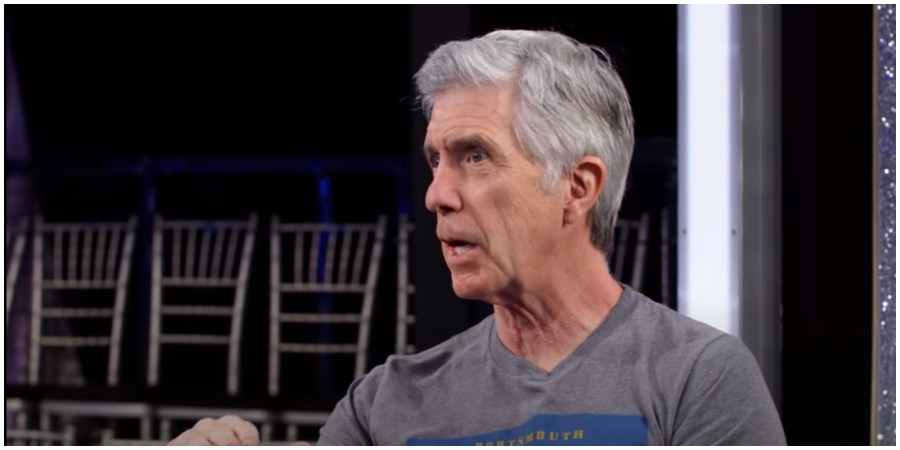 Tom Bergeron crushed many Dancing With The Stars fans’ hopes during a recent interview. The beloved TV host declared that he’ll never return to the reality dance competition series.

The show announced that Tom and his co-host Erin Andrews wouldn’t be back just before Season 29. The duo, like fans, seemed stunned that they lost their jobs. Instead, DWTS hired former supermodel and ex-talk show host Tyra Banks to lead the show.

Tom Bergeron gets candid about leaving Dancing With The Stars

During a recent interview, Tom opened up about the fan reaction to his firing. He also made it clear that he has no plans to return to the series in the future.

“When people say, ‘I’m not gonna watch until you’re back,’ I say, ‘Well, there’s really no ‘until’ here,’ This train has left the station. I appreciate the sentiment. [But] I don’t hold it against anybody if they [watch],” he told TV Guide Magazine. Tom shared a photo of the interview via his Twitter account.

Surprisingly, Tom Bergeron also revealed that leaving Dancing With The Stars has been eye-opening for him. He claims that he no longer feels the desire to host any longer.

“I’ve hosted every format imaginable. There’s no real fire in my gut to do it again. Having said that, I’m always open to surprises.”

Thanks to @Tom_Bergeron for calling in to #LHC2020 and offering up a lunch with him for auction! Place your bid BEFORE 2PM by calling our phone bank at 603-431-7625! pic.twitter.com/FfNjQXOzTT

Tom Bergeron may have also surprised fans when he revealed that he thinks the show made a good decision by giving him the boot and giving the series a fresh feel.

“I think it’s really refreshed the pace of the show. It’s taken it to a new place, in terms of moving fast and feeling different. I think that there’s a real danger when a show has been on for a long time that the audience almost gets bored of the rhythm of it. It doesn’t mean that there’s anything wrong with it, just that it gets a little boring,” he added. “I think it’s changed the rhythm of the show in a really exciting way. I think Tyra is doing an amazing, amazing job,” Tom admitted.

As fans have watched, Tyra has made DWTS her own. The model came out each and every week like she was walking onto the runway. She also had viewers talking with her outrageous outfits and wardrobe changes throughout the episodes.

Tyra took a lot of heat throughout Season 29. The competition dramatically changed by the new Covid-19 precautions put in place. However, they pushed on and became one of the most watched shows of the fall.

Dancing With The Stars fans continue to acclimate to Tyra running the show. Especially since Tom Bergeron made it perfectly clear that he won’t be back in the future.