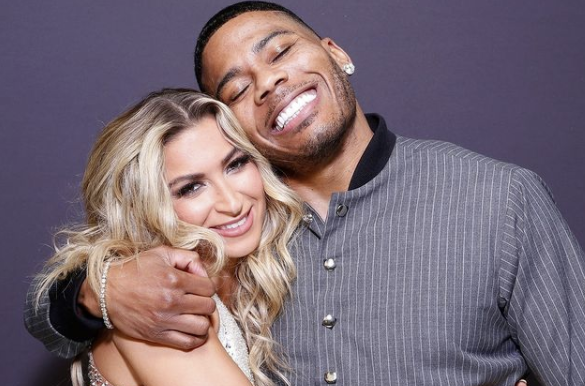 Not many people truly recognize how exhausting and draining it can be to compete on Dancing With The Stars. But now, Grammy-winner Nelly knows exactly how rough it can be. So would he ever return to compete for the Mirrorball Trophy?

“I don’t know. I got a sour taste on that one,” Nelly told Us Weekly. His competition was incredibly fierce. Many weren’t sure he would make it to the finals at all. “I don’t think I have the experience to be up against people who study this. That’s a lot of hard work. This is mentally draining. [I’m] mentally drained, physically drained. This is tough.”

Against All Odds, Nelly Managed To Snag Third Place

The rapper and his partner Daniella Karagach came in third place this season. The Bachelorette star Kaitlyn Bristowe and Artem Chigvintsev came in first, while Catfish host Nev Schulman and Jenna Johnson came in second. This was Daniella’s first season as a pro, and Nelly’s first exposure to competitive ballroom dancing. But even though they typically scored lower than their competitors, they put up a great fight.

“You’re learning something new on the fly, you’re on national television. You’re putting yourself out there,” Nelly said after the Season 29 finale. “This is tough. Unless you know what you’re going through, it’s a hell of an experience, man. I’m just lucky to have [Daniella] beside me to hold my hand, but for a lot of people, this is tough.”

He went on to say that he had a great experience but he really hoped they would win.

But third place out of 15 competitors isn’t anything to be ashamed of. In fact, Nelly got quite a lot out of his experience on the show. He admitted he lost about 11 pounds and he also gained a life-long friend in Daniella. If you follow them on Instagram, it’s clear that they’re very close.

Through this experience I’ve gained a friend for life. Thank you for the laughs till my stomach hurt, for the arguments that brought us closer together and for your contagious energy that lights up any room you step into. @Nelly_Mo pic.twitter.com/LuVZUhkeD8

Catch The Grammy-Winner On The Silver Screen

Now that Dancing With The Stars is over, Nelly is going to tackle a new adventure. He’s already had a few small television roles, but now Nelly is headed to the movies. He’s going to play music legend, Chuck Berry, in the Buddy Holly biopic, Clear Lake.

There isn’t a lot of information on Clear Lake available right now. But that’s to be expected — it’s not easy to plan, shoot, and edit a film in the middle of a global pandemic. Perhaps by springtime, we’ll know a little more.

Were you cheering for Nelly to win it all? Let us know in the comments. We’re always excited to hear what you think. Keep an eye out for more information on Clear Lake. We’ll let you know as soon as we find out any more about this exciting project.