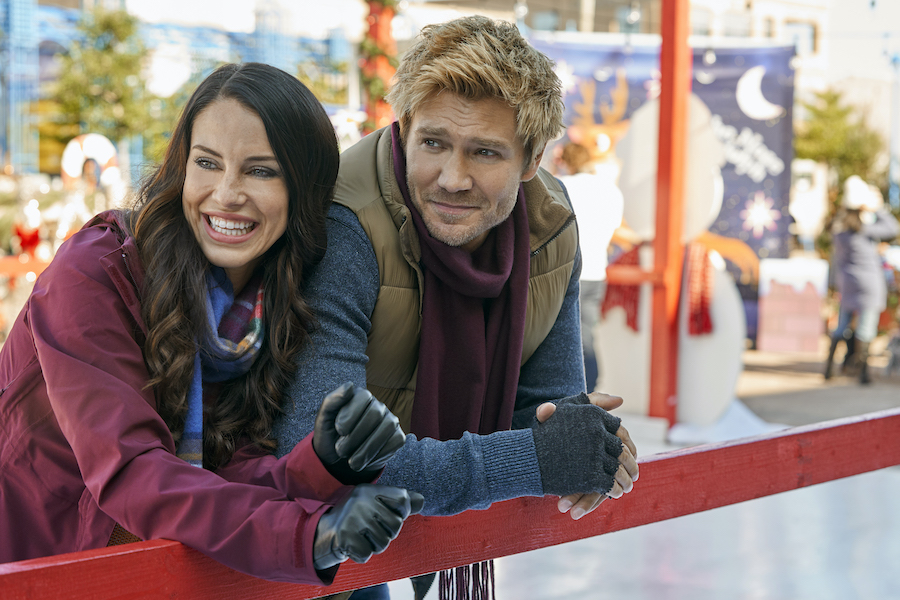 It’s A Wonderful Lifetime presents the latest holiday movie, Too Close For Christmas. Starring Chad Michael Murray (Love In Winterland) and Jessica Lowndes (Christmas At Pemberley Manor), this movie proves that maybe, you are too close to someone to realize that they are the one.

What Is Lifetime’s Too Close For Christmas About?

According to the Lifetime synopsis, Hayley (Lowndes) is spending Christmas with her sister’s new in-laws. Spending the holiday is absolutely fabulous, except when a certain someone comes in. Hayley’s brother-in law’s brother, Luke (Murray) shows up. Unexpectedly.

Hayley has a bone to pick with Luke. He was responsible for her being single this holiday season. Luke made a declaration about Hayley’s boyfriend at her sister’s wedding to his brother. Now, she certainly holds a grudge against Luke because he was responsible for the relationship to fail. Her ex went to London, but not with her.

Of course, Luke himself knows about taking off. He can’t stay in one place. Always roaming the world, he is certainly not relationship material.

But, it is the holidays and Hayley wants to make nice to her gracious hosts. Although she is not thrilled, she still spends time with Luke. They need to work together because there is a holiday event. Of course, Hayley is great at events, and her sister signs her up to make it all spectacular.

Somehow Luke is also roped into helping with the event. Pretty soon, Hayley realizes he is not so bad. He may seem footloose, but he is also sensitive.

In fact, Hayley now has to admit that maybe she was quick to judge Luke. He is a pretty cool guy. In fact, he may be the perfect Christmas romance.

According to his Instagram, Chad Michael Murray has a suggestion for fans watching his latest Lifetime Christmas movie. “Tis the season🎄🧣🎁 Get your Cocoa ready this Friday night at 8pm on @lifetimetv @lifetimetvpr#toocloseforchristmas#itsawonderfullifetime.”

It’s A Wonderful Lifetime is continuing now through the end of the year. In fact, Lifetime is airing 33 new Christmas movies, just for 2020. These are full of love, warmth and the holiday spirit.

There are several new movies everyone must see, including , People Presents: Once Upon A Main Street. This movie stars Vanessa Lachey, Ryan McPartlin and Patrick Duffy. Can two competitors stop bickering long enough to save some businesses?

The biggest story of the season is Merry Liddle Christmas Wedding. This is Lifetime’s first Christmas movie sequel, and it stars Kelly Rowland. The Liddles are back, along with that sister who wants to make it about her. Will Jacquie ever get married?

Don’t forget to watch the premiere of Too Close for Christmas, on Friday, December 4 at 8 p.m. Eastern, on Lifetime. And don’t forget your cocoa!