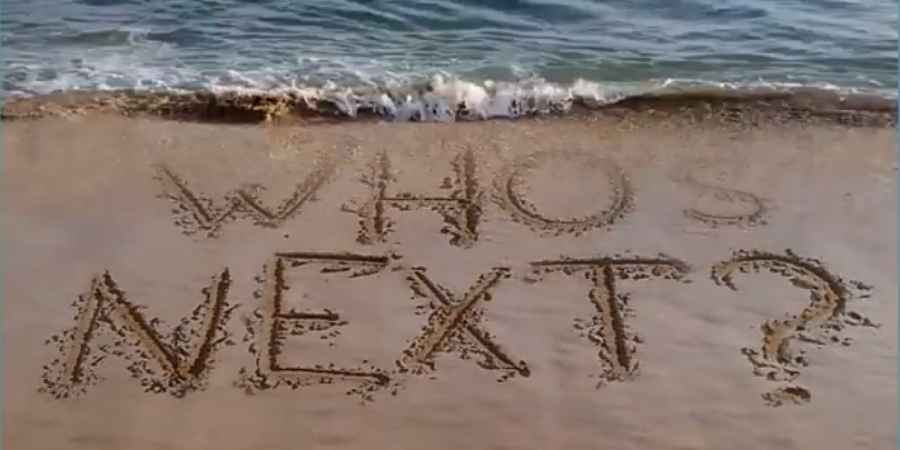 The following is a major spoiler from Thursday’s fourth episode of this season of Grey’s Anatomy. ABC had teased that another person would return from Meredith’s past. Meredith (Ellen Pompeo) heads back to the beach in her COVID-19 dream to be with Derek Shepherd (Patrick Dempsey). This time, she also bumps into another fan-favorite actor, who had tragically died.

In the latest episode of Grey’s Anatomy, Meredith Grey continues her battle with COVID-19. Once again, her dreams are taking her to the beach where the love of her life, Derek Shepherd is waiting.

However, in last night’s episode, Meredith comes across someone else she had been fond of and who had tragically died.  In this episode, she finds George O’Malley (T.R. Knight), casually leaning on the railing of a lifeguard tower.

Both parties surprised by the meeting

Both Meredith and George were surprised and pleased by the first of several dream meetings between the pair. During the show, they stroll together along the beach and explore his death and funeral. Meredith tells George how devastated she was when he died. His response was that they were all “cracking up” at his funeral.

O’Malley continues by speaking about what he misses from being alive. He mentions, “Dancing ‘til you drop and laughing ‘til you cry.” He also says how much he misses food and textures, including the crunch of cereal as you eat it out of the box. George also misses the feel of clean sheets and a good pillow at the end of a long day.

To end their final conversation, Meredith explains how much George meant to her. In this most emotional scene, she said he had changed her life. This moment was followed by another reunion at the beach with four of the show’s original characters. Meredith and George, of course, were there, along with Richard (James Pickens Jr.) and Bailey (Chandra Wilson).

George’s appearance is the second in a beach motif that will air throughout the COVID-19-themed Season 17 of Grey’s Anatomy. According to showrunner Krista Vernoff, these scenes are designed to bring joy to fans at a difficult time.

Tonight‘s #GreysAnatomy is tremendous for so many reasons. Powerfully written by @jajwong elegantly directed by @allisonliddibro and with a guest star appearance that makes me cry for joy every time I watch it. pic.twitter.com/paFyR2OPxM

The season premiere saw Meredith meeting Grey’s Anatomy’s original male lead, Patrick Dempsey on that gorgeous beach. This was a jaw-dropping surprise to the medical drama’s many fans.

After the opening episode, Vernoff was asked which other beloved characters were set to return. Krista told fans they would have to tune in to see who next heads to the beach. However, she did say that it will be a “joyful discovery.”

Both Dempsey and Knight were in the original Grey’s Anatomy cast and alongside Pompeo, their characters soon became fan favorites. George O’Malley sadly died during Season 5, while Derek Shepherd departed in Season 11.

Both Dempsey and Knight were on the original Grey’s Anatomy cast alongside Pompeo and soon became fan favorites. Knight left in Season 5, when his character, George jumped in front of a bus to save a woman he didn’t know. At the time, Knight said he felt his character “had expired” as he was getting less screen time.


As noted by Deadline, Dempsey departed in Season 11 when his character also performed a selfless act.  His character died in hospital, following being hit by a semi-truck after he pulled over to help a family involved in a car accident.

After the first episode of Season 17 of Grey’s Anatomy, Pompeo hit Twitter. She teased simply, “If you really think about it … there’s a lot of people it could be.”  Likely suspects are Meredith’s late dad, Thatcher (Jeff Perry and her mother, Ellis Grey (Kate Burton). Other dearly departed characters are Lexie Grey (Chyler Leigh) who left in 2012. Also that year, Mark Sloan AKA “McSteamy” (Eric Dane) died. Of the living former characters, fans are holding out for Cristina Yang (Sandra Oh), but so far it seems to only be those who died.

Catch the next episode of Grey’s Anatomy on ABC, Thursdays at 9 pm ET to see who lands up on the beach next.