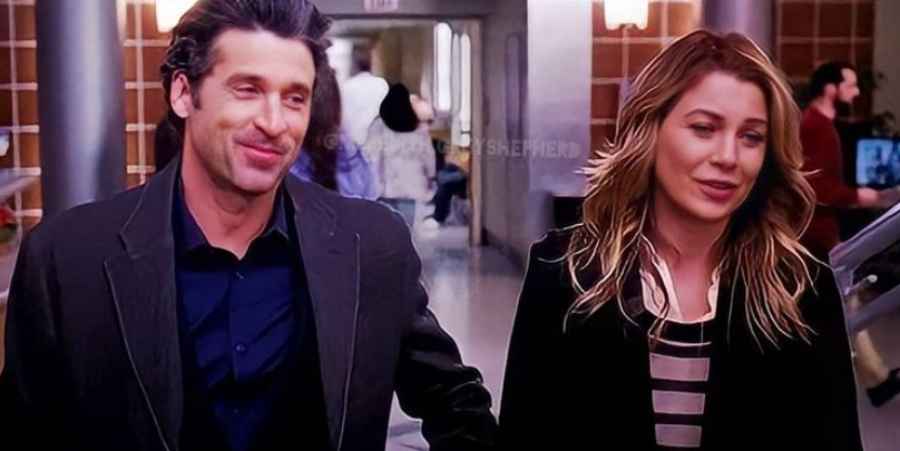 So far, Season 17 of Grey’s Anatomy has been heart-wrenching in more ways than one. While the COVID-19 storyline is heartbreaking, Meredith Grey’s dreams with the virus are something else. Now Ellen Pompeo, who plays Meredith, has teased more returns to the show after the November 19 episode. Who could be coming back of the many who have left or died on the ABC medical show?

Season 17 of Grey’s Anatomy has been quite something so far. Watching Meredith see Dr. Derek Shepherd on the beach surely brought tears to most fans. While he appeared in the premiere, he also showed up several times in Thursday’s episode. Despite this, Meredith can’t quite get to him on the sand. Every time she tried to reach for her late husband, she failed. Derek told her this is because the sand they are standing on “isn’t real.”

After Meredith ran on the beach, she fell exhausted onto the sand. Derek then told her, “You love me. God knows I love you. I’ll be right here when you’re ready.” Many fans probably said right then, please, don’t let Mer die!

Returns from the dead on the ABC medical drama

Admittedly, the only fault with these heart-warming scenes is the fact that Patrick Dempsey, who plays Derek Shepherd, has aged quite a bit since he left the show. But who’s counting the years? However, while we’re at it, who else is coming back from the dead?

The promo for the next episode hinted that another person from Meredith’s past will return. After this, Ellen Pompeo, 51, who plays Meredith, hit Twitter. She wrote, “If you really think about it … there’s a lot of people it could be.”  These included Meredith’s late dad, Thatcher (Jeff Perry). What about her mother, Ellis Grey (Kate Burton)?

This got Grey’s Anatomy fans thinking, with one saying some characters wouldn’t make any sense to return. However, Ellen rightly pointed out that, “In dreams, nothing makes sense.”

Viewers saw Meredith initially feeling a little stronger on Thursday’s episode. However, the devil with COVID-19 is that things can change almost in an instant. The promo for the December 3 episode revealed Amelia (Caterina Scorsone) saying her sister-in-law’s condition is “not improving.” Even worse, she says they can’t wake her up. This is obviously where all the mysterious returns will start happening!

One fan asked Ellen if she could give them a hint about who her character will see next on the beach. Pompeo, likely a little tempted, responded “Ummmmmm no.” She went on to add that the ABC Network promo department is messing with them all in a major way.

Which Grey’s Anatomy characters could return?

Since its 2005 premiere, Grey’s Anatomy fans have seen several beloved characters leaving the show. Right near the beginning in 2007, it was Meredith’s mother, as mentioned above. However, since then, there has been George O’Malley (T.R. Knight) in 2009. In 2012, Lexie Grey (Chyler Leigh), a fan favorite, left. Also in 2012, “McSteamy” – Mark Sloan (Eric Dane) departed, while Dempsey’s Dr. McDreamy Shepherd passed in 2015.

Looking at still living former characters, there is Cristina Yang (Sandra Oh) and Izzie Stevens (Katherine Heigl). Then there’s Arizona Robbins (Jessica Capshaw) and her girlfriend, Callie Torres (Sara Ramirez). More recent departures include Alex Karev (Justin Chambers) and April Kepner (Sarah Drew). Previously, showrunner Krista Vernoff revealed it was Pompeo’s idea to bring Dempsey back from the dead when she pitched her dream idea. She told Deadline earlier in the month that during the pandemic, people are having really intense dreams. In fact, she says studies have been done about how intense our dream life has been lately. Krista explained it, saying, “We’re not getting enough stimulation, and so, it’s happening in our dreams.”

As noted by Us Weekly, that was how the idea started, but then they wondered how they could give viewers some escape. Vernoff came up with the beach motif, which will reportedly feature throughout the season. When she called Pompeo and asked which character they should bring back, Ellen immediately said, “Let’s get Patrick.”

Catch Grey’s Anatomy on ABC, Thursdays at 9 pm ET to hopefully see who is next.