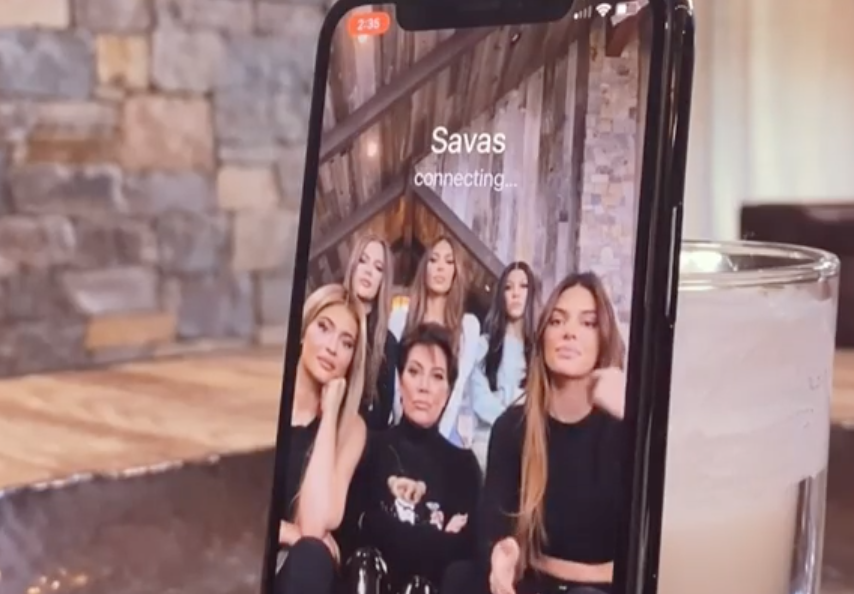 Kylie Jenner and the Kardashian family seem to be having fun on Tikok. The whole family sat down and trolled some of their famous friends. Check the videos out on TikTok.

All of the Kardashian women including Khloe, Kim, Kourtney Kardashian and Kendall, Kylie, and Kris Jenner all sat down in front of the phone to make a pretty hilarious TikToks. They all sat very close together and very formal. They honestly looked like they were getting people in trouble, or trying to take a serious family photo.

Then, they called a ton of different people without saying anything Entertainment Tonight says.

All the celebrities had such funny and different reactions.

“Oh hey!” Tristan Thompson says before noticing its the entire family, “What the…?,” he exclaims.

“Is this real or is this a picture?” Savas asks.

Clearly, there were a lot of different reactions. Then, when Khloe Kardashian posted the same video to her Instagram, those who were called emerged in the comments explaining what they thought was going on.

“When the squad is deep,” Khloe captions the post.

“Lmfaoooo, I was so shook,” Hailey Beiber wrote back.

There was even a part 2:

Aside from making funny TikTok videos, Kourtney Kardashian has actually been catching some backlash on her personal social media. The star posted a photo saying that she will miss Keeping up with the Kardashians photoshoots and everyone got pretty mad at her.

“Now she’s complaining about missing KUWTK shoots, when you wanted to stop filming. Girl bye,” one comment on her post says.

While this all makes sense, it still seems that Kourtney should be able to reminisce about the show. After all, she did film for it for quite some time, even if it wasn’t as long as the rest of her family.

Did you watch the Kardashian TikTok videos? Let us know what you thought in the comments below. Come back to TV Shows Ace for more news on all of your favorite reality TV star news.