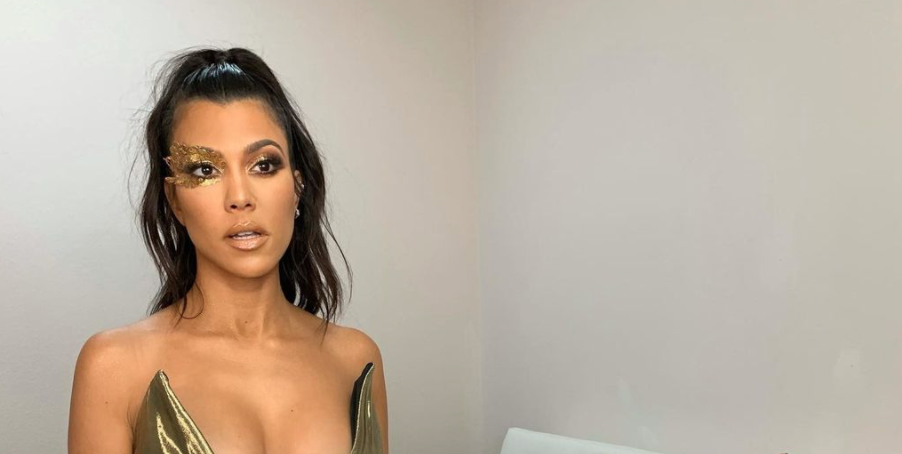 Kourtney Kardashian can never catch a break. After making a post about how she will miss Keeping up with the Kardashians, fans slammed her for leaving in the first place.

This all started when Kourtney Kardashian went to Instagram to talk about Keeping up with the Kardashians photoshoots. Kourtney quit the show last season when she decided she needed a bit of a break. Cameras are still following her when she says it was okay. However, they aren’t just part of her daily life anymore.

Yes, Kourtney Kardashian decided to leave the show. However, it still seems like she should be allowed to feel some nostalgia. She captioned a photo on Instagram saying she would miss doing photo shoots for the show. This did not impress fans considering she decided to leave earlier than everyone else Screenrant reveals.

“I’m gonna miss our @kuwtk photo shoots,” she writes on the post.

So many people brought up how Kourtney said the filming got in the way. Some even brought up the fact that the show ended after she left. Perhaps, if she had stayed with the show, it wouldn’t be ending just yet because everyone would be putting in the effort and no one would be picking up the slack.

The sisters really did try to get Kourtney Kardashian to stay on the show because they didn’t know how it would go without her. Clearly, they had a right to be concerned as the family is about to air their final season.

Of course, KUWTK isn’t the only drama going on in Kourtney’s life.

It seems there may also be a bit of drama going on with her ex-boyfriend, Scott Disick. Just the other day, she posted a photo on her Instagram that raised some eyebrows.

“Sometimes the universe will send an ex back into your life just to see if you are still a stupid heaux,” the post says.

That’s not all though. Kourtney decided to add in three blushing face emojis. It seems that Kourtney really related to this post. Could there be something going on between Kourtney and Scott? Only time will tell if they end up getting back together ever.

Do you think Kourtney has a right to be sad about the show ending? Let us know in the comments below.

‘The Masked Singer’ A Kardashian Family Member Joins Group B
Hazel Busby Fearless, Tames HUGE Beast [PHOTOS]
Hannah Ferrier Could Return On ‘Below Deck Australia’ And Here’s Why
‘Bachelor In Paradise’ Brendan & Pieper Shock Fans On Instagram
Disney+ Day Is November 12, All The Good Stuff You Need To Know