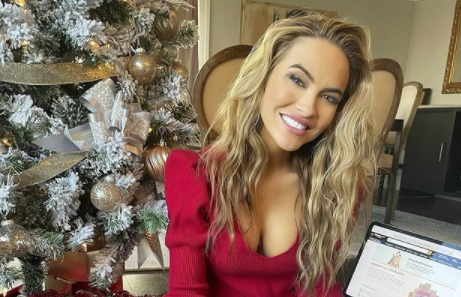 Everyone is talking about Selling Sunset Star Chrishell Stause’s love life this year. She went through a high-profile divorce with Justin Hartley. And after her time on Dancing With The Stars, everyone suspected she and Gleb Savchenko has a heated romance behind the scenes. These rumors became even more salacious when Gleb publically announced he and his wife broke up. Chrishell recently confirmed she is indeed dating one of her Dancing With The Stars castmates. But fans probably didn’t see this one coming.

Keo Motsepe publically confirmed their relationship status with a sweet photo on his social media pages. Gleb and Keo are best friends, so it makes sense that he and Chrishell would also get along. But many fans didn’t see this coming at all.

Chrishell Stause Did Say She Was Single And Ready To Mingle

The source went on to say that their Dancing With The Stars castmates all expressed support for the relationship. However, Chrishell and Keo are allegedly just having fun right now. It’s not super serious. If you had dreams for Chrishell and Gleb, you may not have to give up hope.

Gleb’s ex-wife spoke to the press and said his infidelity and “recent inappropriate” relationship ruined their marriage. Most fans assumed this pointed to Chrishell, but she and Gleb both denied the rumors. Since Gleb and Keo are so close, is it possible that Gleb placed matchmaker here?

And It All Began On Dancing With The Stars

Keo Motsepe and Anne Heche partnered up for Dancing With The Stars Season 29. They placed 13th in the competition overall, so fans didn’t really get to see much of him this year. However, every once in a while you could see him hanging out on the balcony even after his elimination. Fans that follow him on social media can definitely see he was there behind the scenes for much of the season.

Meanwhile, Gleb and Chrishell came in 8th place. Many fans seemed to love watching them grow, after low-scores in the first few weeks of the competition.

So what do you think about all of this? Be sure to let us know in the comments.