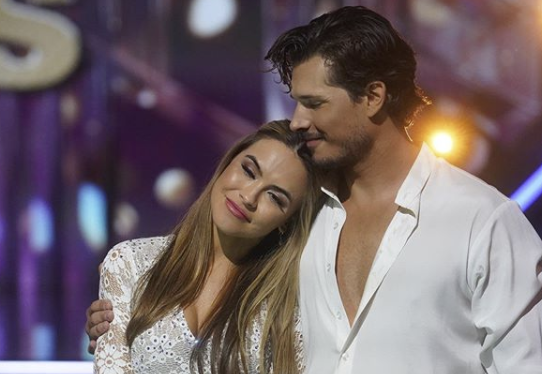 Earlier today, news broke that Dancing With The Stars pro Gleb Savchenko and his wife are calling it quits. After 14 years of marriage, their relationship is no longer working. Fans immediately wondered if Gleb’s DWTS partner, Chrishell Stause, had anything to do with the split. However, the Selling Sunset star adamantly denies the allegations. She addressed the rumors on her Instagram story today.

“I am so saddened about the news of Gleb and Elena’s split,” she begins. “It is unfortunate that this has caused rumors to swirl about my personal life. Having gone through a public split myself, I would not wish this on anyone. As you can imagine, the countless hours of training, and dance rehearsals has created a strong supportive friendship, but nothing more. I wish nothing but the best for both Gleb and Elena during this unfortunate time.” 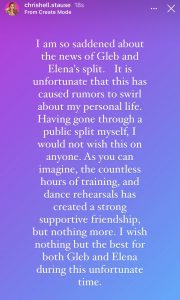 In her Instagram story, Chrishell seems surprised to learn about the breakup. But it seems unlikely that she and Gleb would spend so much time together, emotionally bond with one another, and this would never come up. After all, Chrishell definitely opened up to him about her marriage problems and the death of her parents, as we saw in pre-recorded segments on DWTS. Is her Instagram post just her attempt to dodge the blame?

The Two Made Quite The Pair On DWTS

Page Six reports that Chrishell Stause and Gleb Savchenko were “the talk of the set” during their time on Dancing With The Stars. They had an explosive fight one week and he brought her a huge bouquet of flowers shortly after to apologize.

“Ok full disclosure, @glebsavchenkoofficial and I had our first fight-ha! If apologies look like THIS, I guess it’s not so bad!! 🥰💕 We both care so much and I love the passion he brings to what he does. We are working on me picking up some of his strict Russian nature, and I am softening him up with a little southern charm. Finding the balance landed us here and I truly think this could be our best week yet 🤞🏼🤞🏼🤞🏼🤞🏼,” Chrishell captioned the photo. 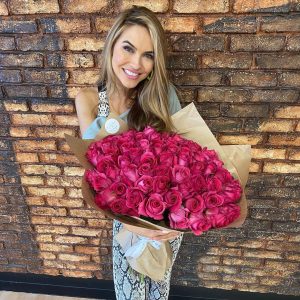 Fans think there are just too many coincidences out there to believe Chrishell’s story. After all, not many men buy huge bouquets for their female friends after arguments. And it did seem pretty odd that Gleb only announced his impending divorce after he and Chrishell left Dancing With The Stars.

And what’s more — no one can deny how much chemistry the two had on the dance floor. Their final dance number definitely had fireworks.

So what do you think? Do you believe Chrishell Stause, or do you think she perhaps had a hand in ending Gleb Savchenko’s marriage? Let us know what you think in the comments.