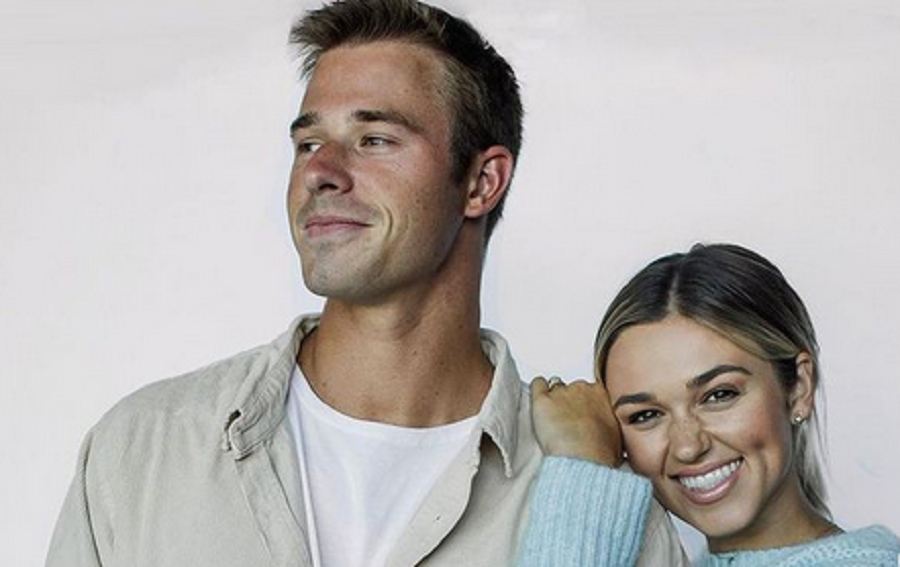 Pregnant Sadie Robertson and husband Christian Huff would love their own reality show. The couple said they are “definitely” considering the opportunity. The Duck Dynasty alum is currently pregnant with her first child. However, she would love to feature her family in a reality show in the future.

Earlier this year, she teased a possible return to reality television. She made a name for herself thanks to her family show on A&E. In addition, Sadie competed on Dancing with the Stars, so reality TV isn’t new to her. But since those days, she’s become a Christian influencer, speaker, and author.

The 23-year-old and her 22-year-old husband spoke exclusively to Us Weekly on Tuesday, December 1. Sadie Robertson is currently promoting her Circle of Hope ring designed for the World Vision Fund. Both Sadie and Christian are open to the idea of returning to reality TV. They’re already naturals in front of the camera with their Instagram Stories and YouTube videos.

“Oh yeah. We talked about it,” Sadie told Us Weekly. “We would consider it. Yeah.”

The pregnant star grew up in the spotlight. She starred on Duck Dynasty with the rest of the Robertson family. But it would be a while before Sadie is back on TV again. She revealed that they have to focus on starting their family and moving into their new home first.

“I think we would need to be a little more planted first,” Sadie explained. “We’re about to start building our house. And so after we build our house, you know, we’d get a year in with our baby. We’d definitely consider that.”

As TV Shows Ace previously reported, the young couple just celebrated their one-year anniversary one month after their baby news. The former reality star revealed that it fees “amazing” to reach that milestone in their marriage.

“We’ve had an incredible start, a crazy start,” she said. “I would have never imagined that when we got married, obviously that was before COVID, [that] we [would] go into a global pandemic and then school gets canceled.”

The pandemic has affected the couple. Sadie and Christian have been spending most of their time in quarantine together. Christian’s college studies moved online, but he’ll be graduating soon. Then Sadie tested positive for COVID-19 while pregnant.

For now, the Duck Dynasty star wants to focus on doing good

Sadie Robertson also said that she feels like they’ve been married longer with all they went through together. She joked that “COVID years” are similar to “dog years.”

“It’s been incredible. It really has,” she continued. “We were very grateful that we had each other through this year.”

Despite her COVID-19 battle, the Live Fearless author wants to focus on doing good for others during the pandemic. Sadie helped designer the Circle of Hope Ring, which is free with any $50 donation to the World Vision Fund. Her ring launched in time for Giving Tuesday.

She understands that this year has been “hard for everybody” with the financial crisis and pandemic. But World Vision even helps those in third world countries.

“They make it so simple to do a little thing, but change a life in a very significant way,” she said. “[I am] so honored to be part of World Vision for this Give Back Tuesday. And I know they’re doing a lot of good stuff.”

Sadie’s fans can learn more about the World Vision Fund or make a donation at worldvision.org.