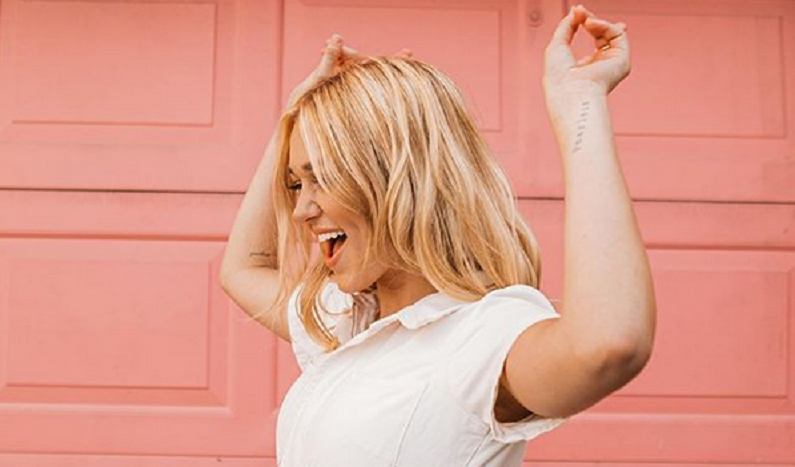 Sadie Robertson teased her possible return to reality television. She didn’t entirely rule out the idea. The 22-year-old made a name for herself thanks to Duck Dynasty. She also competed on Dancing with the Stars. Nowadays, she’s enjoying married life to new husband Christian Huff.

Sadie also has a successful blog and podcast. Not to mention she speaks at Christian events and has books at the top of the New York Times bestseller list. It would seem like Sadie would be too busy for reality TV. But she revealed that she’s open to the idea.

Sadie Robertson made an appearance on ET Live on Tuesday, February 25. She was there to promote her inspiring new book. During the interview, Sadie talked about whether a Duck Dynasty reboot is possible. She teased the idea that fans could see the return of the Robertson family in some way.

“I’m not going to say ‘never,’ because we would have never thought we would have a TV show in the first place,” Sadie exclaimed. “It was crazy. But maybe one day.”

Sadie admits that everything has changed in her family. Their family has grown in just the past year alone. Sadie feels that the reality show “would look so different” now since their family dynamic isn’t the same. The Robertson family isn’t as close as they used to be. That’s because most of her relatives live in other parts of the country.

“And, I think right now, because we live in different places, it would be hard to have that [family-focused] element that made Duck Dynasty what it is,” Sadie explained. “Once we’re all back in the same place, who knows? Maybe we’ll do a little family show.”

Since a Duck Dynasty reboot is out of the question, would Sadie Robertson be open to starring in her own series? She revealed that she and her husband Christian Huff aren’t opposed to the idea. The couple just celebrated their three-month wedding anniversary this week.

It would make sense since they’ve already been documenting their marriage on the social media app TikTok. Their approach to parenting their new puppy was so “comical” that she had to share the video with her fans. Both Sadie and Christian are busy with their respective lifestyles. But they still make time for each other. Sadie couldn’t stop gushing about her husband during the interview.

“Being a wife is so fun. It’s honestly just fun to have a person – wake up, go to sleep, do life together, share the stories together. It really does make everything more fun. And, we get to share in the crazy, so it doesn’t feel as overwhelming. It’s awesome.”

The podcast host is also releasing her new book, Live, which she wrote with Beth Clark. The book is deeply personal and close to her heart. She was inspired to write the book after a friend’s husband died by suicide. The reason why Sadie reached out to Beth is because she didn’t feel “qualified to write the counselor version or the therapist [version].” But she knew that this book was very much needed in the world.

“It was so hard, so confusing, so sad, devastating, and then I realized the reality of how many people experience that a year and [know] somebody who made that decision,” Sadie explained. “I was like, ‘People need to know their life matters.'”

She admits it’s the most “vulnerable” project she’s ever taken on. Even though Sadie has already released two books, she felt that the popularity of her books made this latest release even more intimidating, due to its personal content. She called the experience “nerve-wracking, but exciting.”

What are your thoughts on Sadie Robertson returning to reality TV with her husband Christian Huff? Are you sad to hear that Duck Dynasty won’t be making a return to television anytime soon? Sound off below in the comments section.