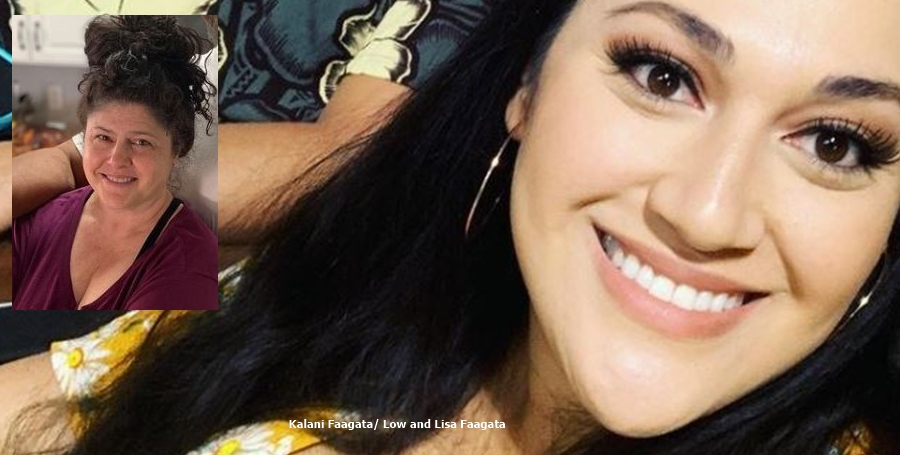 Kalani Faagata looks very much like many of her Samoan countrywomen. Although she lived in the USA since childhood, the family originated in Samoa. And lucky Kalani boasts those beautiful curves and dark looks of her Polynesian bloodline.

In fact, her many fans adore her and think she’s very beautiful. And yet, despite her stunning voluptuous looks, she claimed that she experienced racism over the years. This time, the 90 Day Fiance star accused a Walmart employee of unfair actions.

TLC fans know that Kalani visited Samoa. There, she fell in love with Asuelu, which upset her dad. With Kalani falling pregnant before marriage, he talked about his reservations. You see, he was born and raised in Samoa. And, he felt that Asuelu might never adapt to life at a faster pace in the USA. In Season 6 of the TLC show, he said, “it’s a fast life here and it’s a slow life there.” And, Kalani told the cameras that he always hoped that she’d date a “white” guy.

The 90 Day Fiance star just illustrated why he thought if she dated a white person life would “be easier.” Apparently, because of the way she looks, she experiences racial prejudice. And according to her Instagram Story on Sunday night, it’s gone on for years: since her teens to be precise.

Fans of TLC probably already know that her mom, Lisa, looks white. Actually, even discussing the way people look seems really awful. But, Kalani Faagata lives with this sort of thing all the time.

On her Instagram story, Kalani explained that she tried returning/exchanging an item. But, she explained an employee denied the transaction “for no good reason.” So, her “white” mom went in and managed the exchange with no problem. Plus, Kalani complained the “same employee” did it with no demands for an “ID.” The sad news comes that ever since her “teen” years, she and her mom did this “switcharoo.”

Ironically, the Washington Utah Walmart website comes with a front-page link to Walmart’s commitment against racism. There, the CEO and President of the company set out their policy against racism from June this year. So, what happened with Kalani Faagata seems a pretty low blow.

Commitment against racism at Walmart

In a long letter addressed to “Walmart Associates,” Doug McMillan intended to “fight for greater racial equity inside and outside Walmart.” It’s a long and very clear message to Walmart leaders about racial equity and equality. One sentence notes, they commit “$100 million over five years through a new center on racial equity.”

However, judging by Kalani Faagata and the experience she just went through, perhaps the resolution’s a bit slow in reaching the employees on the shop floor.

Audrey Roloff Has Something To Say About The Covid-19 Vaccine
‘When Calls The Heart’ Leaving Netflix Soon: Where To Watch Hallmark Series
‘9-1-1: Lone Star’ Actor Rob Lowe Appears On ‘Good Day DC’
‘Sister Wives’: Maddie Sparks Huge Round Of Applause Today
‘Sister Wives’: Maddie Gets A Grip – Shocked By Her Own Behavior