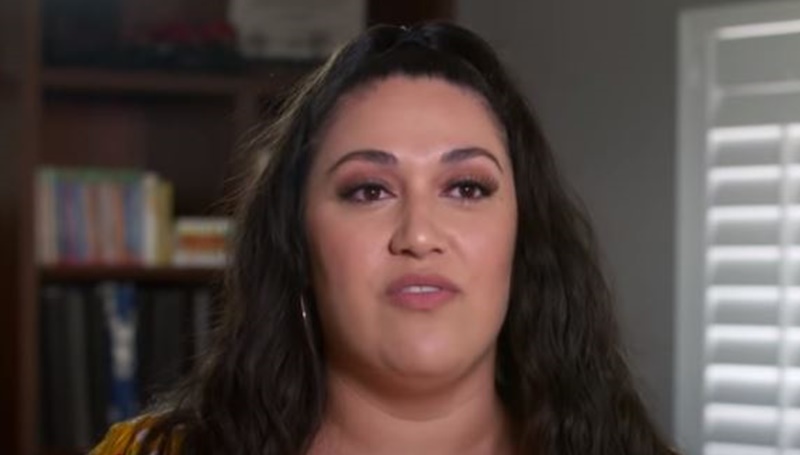 90 Day Fiance: Happily Ever After? fans saw that Kalani Faagata stood up for herself in a clash with Auelu’s family. In fact, she even wondered if she should divorce Asuelu over all their differences. But, she carefully thinks it all through. It seems her fans admire her strength a lot. And, many of them gushed about their love for the TLC star on Monday.

Clearly, the outcome of Asuelu and Kalani visiting Washington landed many more fans for Kalani. We reported that the clash with Asuelu’s mom and sisters came to a head. At a meal, it all got ugly as Asuelu’s family wants too much money. Kalani and Asuelu are not well off, but his mom thinks they should give them $1,000. That’s when Kalani bravely went and spoke to her mother-in-law to set some things straight with her.

After the one-on-one time, it didn’t really get any better. Now, Kalani has thoughts about divorce. Later, she even discussed it with her own mom. But, she still wants to give it a chance again. After all, she considers her young sons. But, it’s not surrendering. Rather, Kalani acts with care and compassion. 90 Day Fiance fans seem very impressed with the way she handles everything right now. So, many of them gushed about her on her Instagram post.

Kalani shared a photo of herself standing in front of some rocky terrain. Her caption read, “Desert Moana 🌾🌀.” Plenty of fans love her outfit. In fact, many of them want her to tell them where she gets her dresses. But, many more of them simply gushed. One said, “I just admire your strength so much. You know who you are and you don’t apologize for having to lead. 💞💞💞💞 Your boys are blessed.”

Then, another admiring 90 Day Fiance fan wrote, “I ❤️❤️❤️ you Kalini!!!! You are the most rational person on the planet. Your hubby could never replace you with better! I love you both bit you are a gem!!!! You worked in a therapeutic environment and you know how to communicate well with others. Besides all of that you are gorgeous and the most amazing mother ever😍❤️😍 Best wishes to your beautiful family!!!!”

Well, even more stuff rolled in from admiring fans. This fan topped it with, “You are naturally beautiful from the inside out. A fierce “mama bear,” who holds her own without shame or unnecessary apologies or useless excuses.” They even said that Kalani’s a ‘Goddess.” They think that Kalani brings respect “as a woman of power, pride, strength and class.” The fan also loves that she teaches her own boys to respect women in years to come. Telling Kalani to keep rocking her “crown,” the fan added, “[you’re] a stellar example of strength, grace and perseverance.”

Wow, those 90 Day Fiance compliments should probably cheer up Kalani no end. Do you agree with those fans who gush about her? Sound off in the comments below.