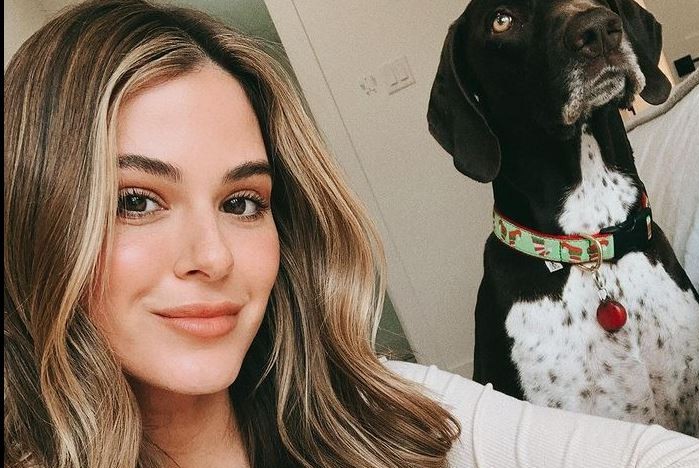 Starting tonight, fans of The Bachelorette will see JoJo Fletcher step in as the host for Chris Harrison. The announcement came back in August that she was filling in for awhile. Many feared it was a permanent change. Nope, Chris just had some personal obligations to fulfill. Those obligations involved his son settling in at college. So, take a look at what will go down tonight on The Bachelorette.

The former Bachelorette will be filling in as the hostess with the mostess while Chris is away. Entertainment Tonight shared all about what fans can expect to see.  When the lead sometimes struggles and needs guidance fans often see Chris step in and help. With Chris on a leave of absence, fans will see JoJo step in to help out Tayshia.

And, what Tayshia has to tell JoJo is mind blowing. The two sit down for breakfast together where Tayshia spills the tea about what’s on her mind. She says, “This has just been such a whirlwind and if anybody understands, it’s you.” She continues, “I’m falling for multiple people. I can start getting ahead of myself and start thinking, ‘OK, well, how am I going to make a decision at the end of this?’ And you can’t do that.”

JoJo says, “That is self-sabotage. It really is, because you get so in your own head. You can’t overthink it, and it is the hardest thing in the world.”

What other advice did JoJo Fletcher offer Tayshia?

JoJo asked Tayshia what she was expecting and wanting at the end of her Bachelorette journey. Tayshia said, “Well, I’ve done it before. I’ve been married. I’ve done all of this, and like, I’m not just going to get engaged to someone just because it feels right in the moment.” She continues, “I need to know that I want that to be my forever.”

JoJo replies to her saying, “It’s a huge decision, and I know you don’t want to do that again.” She goes on, “You don’t want to go through a marriage and have it not work out. This is heavy, it’s big.”

JoJo is just stepping in briefly. Chris took his son to college.  He said it was all planned and JoJo was the perfect choice to step in for him.

Chris said, “I did step away. And I will just say a very good friend that I reached out to was nice enough to come in and help out just a little bit.” He continued, “You’ll see for how long once the show starts, but clearly it’s something that I had a hand in and was aware of the entire time.”

Courtney Waldrop Shares New Photos Of Her Night Owl
Fans Drag Sarah Trott For Ruining Matt James’ Group Date
‘Married At First Sight’ Star Jasmine McGriff Is A Mom!
‘The Bachelorette’ Tayshia Adams And Zac Clark Take Birthday Trip, Where Did They Go?
What Did Matt James Say Was Almost A Deal Breaker With Being Cast?