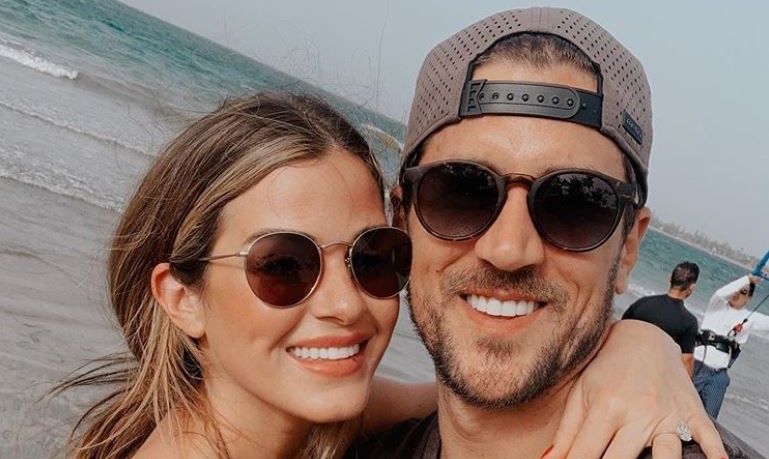 The upcoming 2020 season of The Bachelorette continues to get crazier. Now, reports are coming out that former Bachelorette JoJo Fletcher is filling in for Chris Harrison. So why the substitution?

JoJo to fill in for Chris Harrison

US Weekly shared all the details about what is going down now on The Bachelorette set. Chris left La Quinta Resort and Club to drop his son off at college. Fans saw him post on Instagram about his son Joshua heading off to college at Texas Christian University. After he dropped him off, he returned to California. He never guessed his return would be a problem.

A source told US Weekly, “The moment he got back, Chris was told he could not set foot back on the set until he went through another 14-day quarantine. The show’s contestants and crew all had to quarantine on the property for 14 days prior to the camera’s rolling. But it didn’t dawn on Chris he’d have to do it all over again if he simply left to take his kid to college.”

So, JoJo was called in to take over for the 14 days Chris has been told he has to quarantine. Recall that JoJo was The Bachelorette in 2016. She was supposed to marry her final pick, Jordan Rodgers in June. However, Covid put a damper on their nuptials and they were forced to postpone.

Just like that he’s gone. Thought dropping the big man off at college @texaschristianuniversity today was going to crush me but all I could feel is pride and excitement. Especially now, so grateful that they have this opportunity. Now go take on the world and have the time of your life my boy.

Chris is reportedly not happy with the situation

US Weekly was able to get more information about how Chris feels about JoJo temporarily taking his place. The source said, “Chris was not happy they were going to make him quarantine in Palm Springs for two weeks without working. He insisted he simply dropped his son off in his dorm room and left, social distancing the entire time.”

However, there is still a chance Chris will not have to quarantine the entire 14 days. The source added they are exploring all options and could let him resume his duties following a negative Covid test.

Yes JoJo is there to fill in for Chris as he quarantines, but the days seem off. Cast and crew didn’t quarantine for 14 days before filming began. It was around a week. And missing 14 days would be way more than 2 rose ceremonies. https://t.co/j9MuaEftzu

Many are wondering why JoJo would be allowed to step in without a quarantine. And, the source shared she has been self quarantining at her home in Texas. Regardless, Chris will be back before the season wraps up filming.

This crazy twist is not the first of the season. Clare Crawley exited the show after less than two weeks. The lovely Tayshia Adams replaced her. And, numerous alumni were also seen on set as well. These include Hannah Ann Sluss, Ashley Iaconetti, Jared Haibon, Wells Adams and Becca Kufrin.