It would seem that celebrations are in order as 7 Little Johnstons star Jonah turned 21 today. Happy birthday Jonah! We hope the ongoing pandemic didn’t ruin your birthday plans too much!

On the official account dedicated to the entire 7 Little Johnstons family, Amber and Trent shared a post wishing Jonah a very happy birthday. Unsurprisingly, Amber and Trent couldn’t believe their oldest child was officially 21-years-old. The TLC parents doted on their son. And, they thanked him for giving them the greatest gift of all. The gift of becoming parents.

“Happy 21st Birthday to the one who gave me the greatest title I’ll ever have! Proud of you – Love you Bud,” the proud parents penned on Instagram.

The sweet tribute to Jonah Johnston featured a current photo of their son. And, it featured a throwback photo to a time when he was very small. At the time the throwback photo was taken, Amber and Trent likely had no idea their beautiful little boy would grow up to have six younger siblings.

Fans flooded the comments with well wishes and happy birthdays.

This was the type of wholesome post 7 Little Johnstons fans lived for. The family’s 530,000 followers flooded the post with just shy of 30,000 likes and nearly 1,000 comments inside of 10 hours. Fans loved having the opportunity to wish Jonah Johnston a happy birthday. They hoped he enjoyed his special day. In fact, fans from all over the world took a moment to wish him a happy birthday.

The teaser for the upcoming season of 7 Little Johnstons reveals things are about to get real for Jonah. His mother and father are ready for him to grow up and move out. The unfortunate truth is Jonah Johnston has two very different personalities. And, the personality he shares with his family when his long distance girlfriend is not in the picture isn’t very pretty.

During the upcoming season of the TLC series, Amber and Trent will call attention to the way Jonah acts and treats his family. And, they plan to put a deadline on how much time he has to move out of the house. 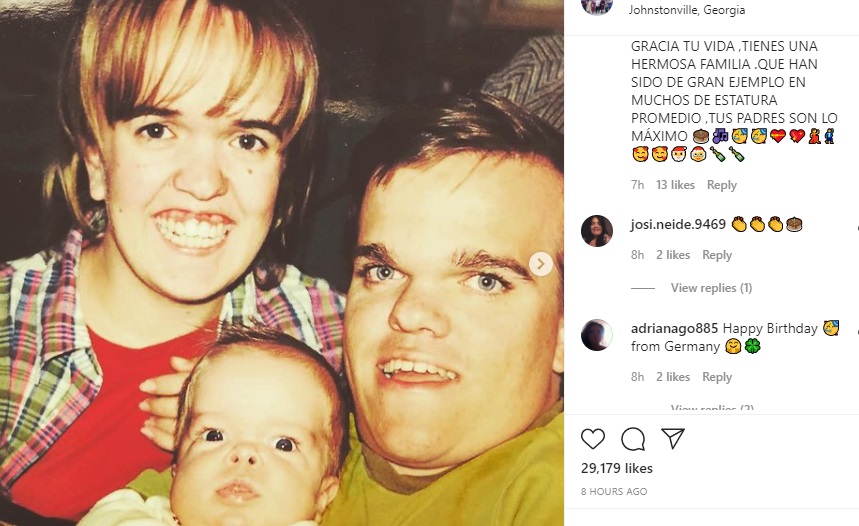 Turning 21 and moving away from his parents are two pretty big milestones in life. 7 Little Johnstons fans look forward to seeing what the future holds for Jonah.

For now, here’s hoping he had a nice birthday!

‘Unpolished:’ The Martones Speak To Medium To Reach Out To Big Mike
Olga & Steven: Tit For Tat, Olga Slaps Back
Amy Roloff Blasted By Fans For Using Instagram Filters
Dale Moss Addresses Whether He Would Go On ‘Bachelor in Paradise’ Or ‘The Bachelor’
‘Diesel Brothers’ Returning For New Season & How To Watch Old Episodes