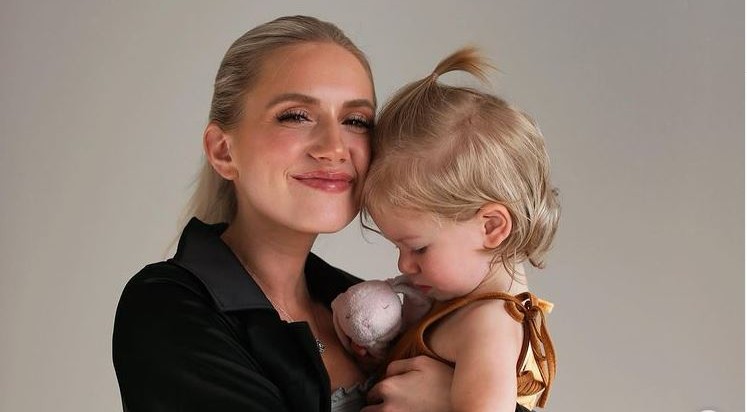 Most Bachelor fans by now know that Arie Luyendyk Jr. was diagnosed with COVID-19. He has been quarantined from wife Lauren Burnham Luyendyk and daughter Alessi since before Thanksgiving. Now, Arie is better. And, Lauren is having to defend her and Arie’s decision to go Christmas tree shopping.

US Weekly shared details about the trolls who lurked on Lauren’s Instagram. Lauren shared a photo on her Instagram Story Sunday and said, “1st time Xmas tree shopping.” Along with the a photo of Alessi smiling while looking at the Christmas trees, she shared another comment. The comment below her initial one came from a message she received. The message said, “Doesn’t Arie have COVID? Why are you out and about?”

Lauren went on to defend her husband and herself for going out to find a Christmas tree. She said, “Arie’s quarantine period is over per CDC guidelines and doctor advice. He even got a negative test before rejoining Alessi and I in the house to make me feel more comfortable even though that’s not necessary according to the CDC. He’s cleared!” 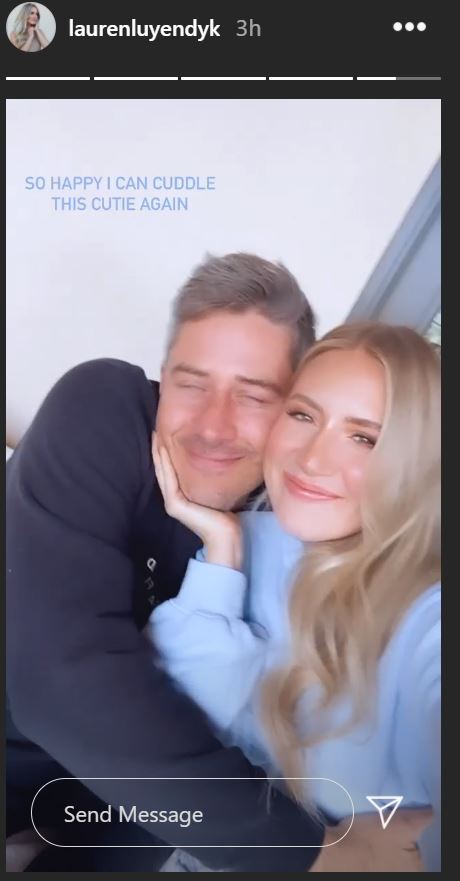 The couple shared about their unusual Thanksgiving. Arie shared the news of his diagnosis on Thanksgiving. He said, “Many of you have been wondering … why we’ve been so absent on social media and why I’m sitting, like, 25 feet away from the girls.” He continued, “It’s because I actually tested positive for COVID, like, nine days ago. Tomorrow I get to go in and see if I’m all clear. It’s been rough, I’ve gotta say. It’s not been easy.”

Following his initial post that he was positive, he shared more details. Arie shared the symptoms he had while sick. He said it started off as a bad headache and dry cough. It then moved to night sweats and extreme exhaustion. The third day of his illness brought chest tightness. He said it felt as though someone was sitting on his chest. Aside from being tired that was the extent of it for Arie. He never even had a fever.

To remain away from Lauren and Alessi, he quarantined in another area of the house. Lauren is trying to conceive their second child following a miscarriage this past May. She definitely does not want to contract the virus while trying to get pregnant. Now, he’s clear and they can be together again. Arie  shared a photo of his negative test results.

In happy news, Lauren and Arie did find their perfect tree. He went to Instagram to share a photo of the tree atop their vehicle.