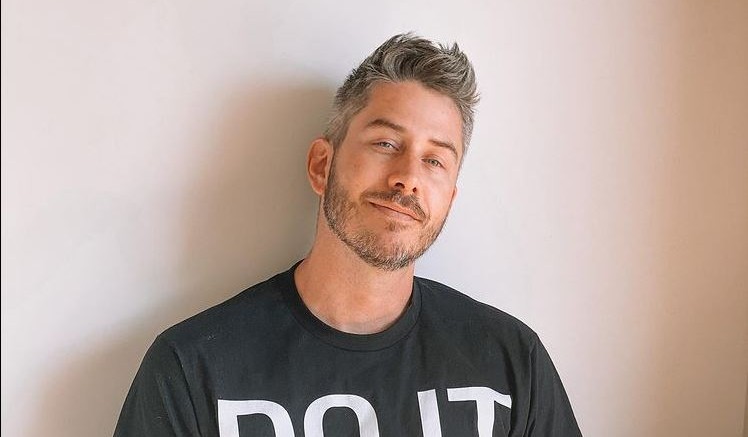 Arie Luyendyk Jr., the 39-year-old former Bachelor, did not have an easy Thanksgiving this year. In fact, he was forced to spend the holiday away from his wife and daughter. He was positive for COVID-19  so he isolated himself from Lauren and Alessi. Now, Arie is feeling better and went to Instagram to answer questions from fans about his symptoms and experience.

Arie opened up a question and answer session on his Instagram Story detailing his time with the coronavirus. He said initially he woke up with a really bad headache. Arie said the headache was so bad his teeth even hurt. He also had a dry cough. His decision to go get tested was based on the fact he and wife, Lauren Burnham were supposed to start a staycation that day. While he was hoping for a negative result, it was positive.

Arie continued to feel worse as the days went on. He continued on his Instagram saying the first day he had the headache and dry cough. The second day he had extreme exhaustion and night sweats. The third day Arie said it felt like someone was standing on his chest. He noted that laying on his stomach helped him somewhat. After days 4 and 5, Arie said he started to feel more normal. However, he said he is still exhausted and gets worn out doing the smallest things. Arie also said he never developed a fever. However, he did have a lot of night sweats. 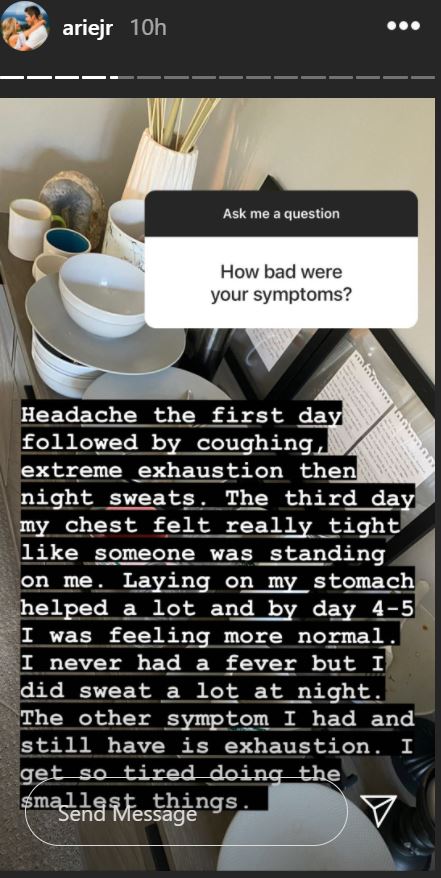 How did Arie Luyendyk Jr. contract the virus?

Arie said he isn’t sure how he contracted COVID-19. He said to his knowledge he wasn’t around anyone who had it. He also noted that they wear masks anytime they leave the house. When guessing at possible places he may have contracted the virus, he noted the grocery store or the vet.

He said he did have to notify a few people he had been in contact with that he tested positive. He also shared with fans asking what vitamins he was taking while home sick. Arie was sure to note that he is not a medical professional and that what he was taking was simply what Lauren gave him.

Arie has since had a negative test and shared that photo with followers on his Instagram Story. It was rough being away from Lauren and Alessi, but he made it. In order to celebrate Thanksgiving together, they sat opposite sides at a long table outdoors.  Lauren prepared food for Arie and left it outside the door while he remained confined to a room.

So far Lauren and Alessi are fine.