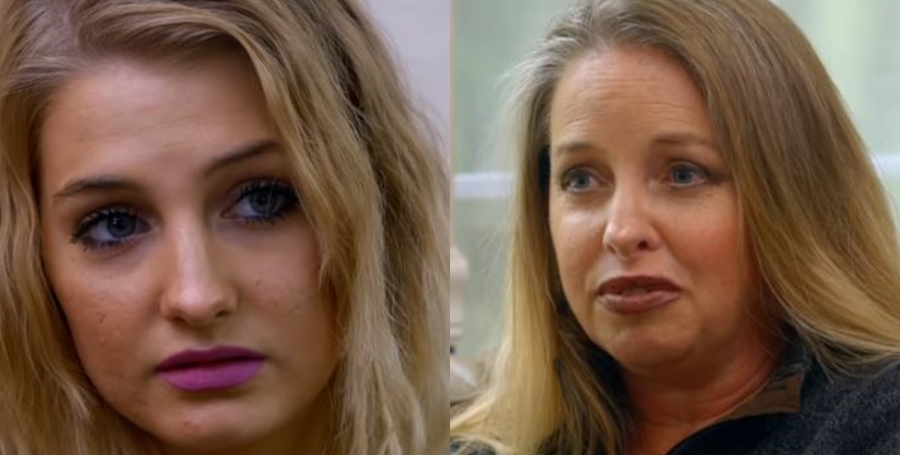 Welcome to Plathville fans think that Kim resents her daughter Moriah. In fact, this season, things got so bad, that she told the cameras that she and Barry thought she should leave their house. Much like Micah, the two young adults were ousted. And they look very happy about that. But Kim did similar things as a young adult. In fact, probably a lot worse. However, she justifies her concerns for Moriah on her own behavior.

We reported that Kim seems very “aggressive” when it comes to controlling her children. So, she lost Ethan, who wants nothing to do with her. Micah moved out and Moriah joined him. Now, she rides bikes, has a boyfriend and holds down a couple of jobs. She hopes to attend college. And even though Kim studies at higher education, she discourages Moriah. In fact, she seems almost obsessed with her daughter, her sexuality, and her ambitions.

Welcome to Plathville fans think Kim sounds jealous and hypocritical about Moriah. After all, by her own admission, Kim said in a recent episode, “I really don’t want her to have to go through some of what I went through, waking up, parked weird on the lawn, passed out, (sic).” So, it was okay for Kim, but not for her daughter to explore her own life or make her own decisions.

Do as I say not what I do

Kim doesn’t even like the fact that Moriah wears jeans. Over on Twitter fans say a lot about Kim Plath. As one TLC critic noted, “Kim is so worried about what the children wear yet she struts around in jeans that are so tight that they look painted on! The only difference between her jeans & Moriah’s pants are the color!” In fact, even in the first season of the show, fans noticed that Kim made a lot of rules for the kids. But, she doesn’t apply them to herself.

Fans slam Kim Plath for pushing her kids away. As one fan noted, she blames everything on Micah and Moriah. But, “Kim does not have to worry about Micah and Moriah creating resentment, SHE IS DOING THAT ALLLLLLLLL ON HER OWN….the only child that probably won’t run away is Lydia.” And plenty of Welcome to Plathville fans feel if Kim eased up and treated their kids normally, there’s be no reason to stay away from their parents.

I don’t get why Kim doesn’t “trust” Moriah. Is she sneaking out of the house? Doing drugs? Running the streets? All the girl does is wear different clothes and aspires to travel and be independent…that’s a good enough reason not to trust your child? #WelcomeToPlathville pic.twitter.com/prpoqCp1O2

Another critic said, ” Personally I think that the mom Kim and the daughter Moriah are so much alike, that is why they argue so much. Mom is afraid that Moriah is going to make the same mistakes she did.”

Perhaps the Welcome to Plathville mom should rather let Moriah live her life and guide her through it rather than just getting in her face all the time. What do you think? Sound off in the comments below.