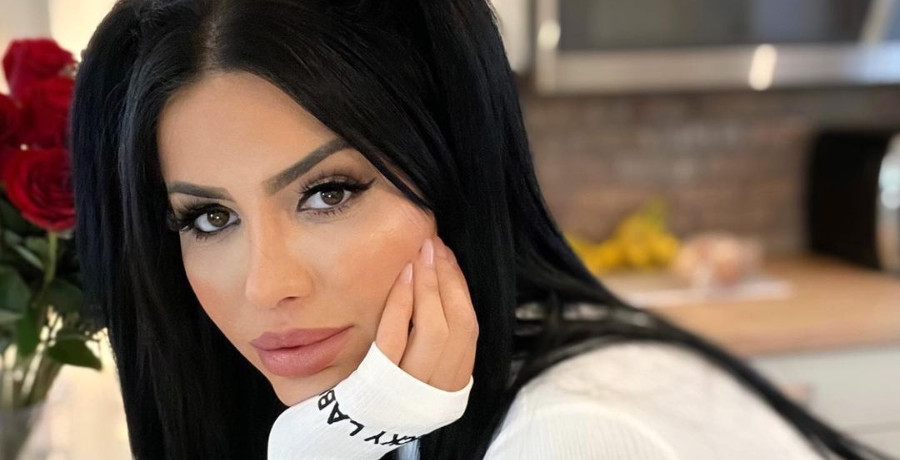 In fact, his relationship with Jess imploded due to his sketchy behavior with Vanessa. He later revealed that he did hook up with Vanessa. Jess Caroline has happily found love with Brian Hanvey. The newlyweds surprised 90 Day Fiance fans with a wedding announcement during the Happily Ever After?: Tell All.

Meanwhile, Colt moved on for real with Vanessa Guerra.

Larissa Lima Responds to Rumors Her Ex is Engaged

Colt’s ex, Larissa Lima, clearly heard about the rumors of an engagement. The leaked photos indicate that the proposal was filmed for television, perhaps a new season of 90 Day Fiance. Larissa just recently split with Eric Nichols. The pair reconnected after Larissa’s divorce from Colt. Despite moving to Colorado together, they couldn’t make it work.

While Larissa and Colt’s marriage ended badly, she seems to harbor no ill will. She did recently tell fans that she doesn’t speak to Colt these days. However, she felt the need to respond to his rumored engagement.

She took to her Instagram Stories to offer her congratulations. She shared the photo of the proposal circulating the internet. Above the photo, she wrote, “Congrats to my ex” with a prayer emoji.

Or is it a high-five emoji? The internet remains divided on that subject.

Larissa Lima is another topic that divides fans of the TLC show. Some fans love the Brazillian beauty, but others wish she would just go away. And she almost did over the summer, thanks to ICE.

2020 has not been kind to Larissa Lima. After an explicit live-stream on CamSoda, TLC cut all ties with her. A few days later, she was apprehended by ICE and arrested. While she was ultimately released, deportation is still a concern.

Around the same time, she was making a big move with her then-boyfriend Eric Nichols. The two were leaving sunny, busy Las Vegas for cold and quiet Colorado Springs, Colorado. But due to the poor weather and poorer relationship, Larissa quickly moved back to Las Vegas. The couple ultimately decided to go their separate ways, as well.

Despite these numerous setbacks, Larissa Lima seems happier these days. She continues to post thirst trap photos on her Instagram feed. She does so in the hopes of teasing fans into subscribing to her OnlyFans account. It’s her moneymaker without the TLC show.

Screen Rant reports that she actually makes MORE money on the social media platforms than she ever did on 90 Day Fiance. The outlet notes that before she got her work permit, she wasn’t getting paid at all from the network.

So, losing her TLC job seems to be working in Larissa Lima’s favor.

In a recent Instagram post, she shared her thoughts about her new country. She wrote that she still remains “positive” despite the hard year. Additionally, she loves the United States more than ever.

Are you surprised that Larissa responded to the news of Colt’s engagement in a nice way? Let us know in the comments.

Be sure to check out the new season of 90 Day Fiance December 6, on TLC.

‘Snowpiercer’ Season 3 Confirmed Ahead of Season 2 Premiere
‘Conspiracies Decoded’ Exclusive: Is Yellowstone Primed To Erupt Or Is It A Hoax?
Jill Duggar Shares New Recipe–What Is It?
Honey Boo Boo Dating: Does Alana Thompson Have A Boyfriend?
‘Bold and the Beautiful’: Steffy Chooses Words Carefully With Finn