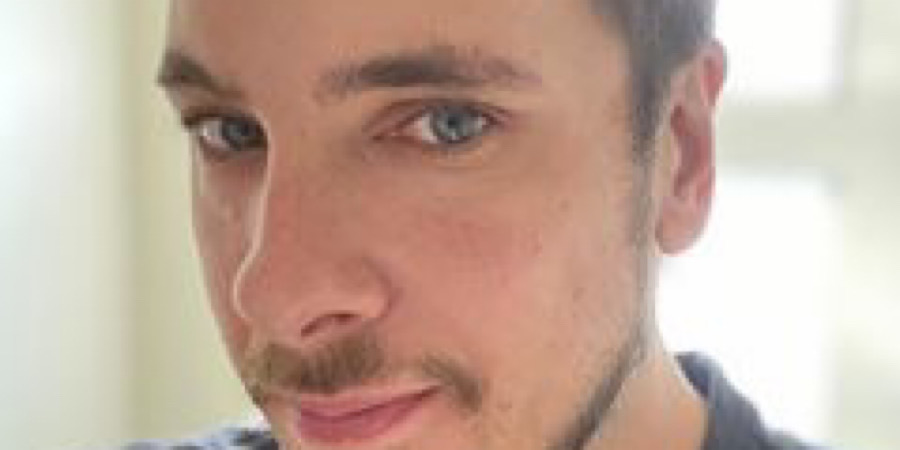 Colt Johnson left the 90 Day Fiance: Happily Ever After alone- with his mom, Debbie. He admitted to cheating on his girlfriend, Jess Caroline with Vanessa Guerra. Colt also shared he had an emotional affair with Guerra while married to Larissa Lima. In the end, none of the ladies wanted to be with him.

Colt Gets A 90 Day Fiance Spin-Off?

Popular 90 Day Fiance cast members tend to get spin-offs. Darcey Silva and her twin, Stacey landed Darcey and Stacey. Colt, as odd as he is, is hard to look away from. He has a symbiotic relationship with his mother. She has to approve his girlfriends and they are never good enough. But, she always loved Vanessa which was very strange. When the tell-all aired, Vanessa said she did not want to be with Colt. She could never be with an unfaithful man. Even though he was unfaithful with her thus she was unfaithful, as well.

Earlier this month, it was reported Colt was filming his own show with Vanessa. Her husband, True Lamaun shared the news on Instagram. Now, photos have surfaced of Colt on one knee, proposing to his “best friend.” This friend would be none other than Vanessa Guerra. The pictures are on both Instagram and Twitter. 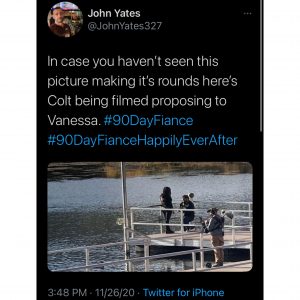 Why Is Colt Proposing?

Why would Coltee propose to someone who said she would never date him? And why is Vanessa dating someone she said she could not trust? We do not know if she even said “yes” so let’s pump the brakes. But, the timing seems interesting. Just last week, Colt’s ex-wife, Larissa, announced her split from boyfriend, Eric Nichols.

“Since I started my presence on social media, I feel we have created a relationship of trust. Because of that I feel responsible to communicate to you when something important happens in my life. I’m no longer in a relationship. We decided to follow separate paths for now. We are different people who have grown apart seeking development and happiness,” Larissa posted on Instagram. The two had been together for almost two years, on and off.

Colt could be proposing as part of a storyline. Or he could be doing it to make Larissa jealous. Maybe he really does love Vanessa. He did keep running back to her. But, why is Vanessa associating herself with him? One could only assume it is the airtime and the money. Unless she sees something in him that we do not. But, how can she come back from saying she does not trust him? Fans will have to watch it all play out on the unannounced spin-off. Will you be watching? And are you interested in a Coltee show? Let us know!

‘Bachelor In Paradise’ Cast Evacuated Due To A Tropical Storm
Kim Kardashian Posts Angsty Photos Of Herself For ‘National Daughters Day’
Jill Dillard Gets Her Baby Tank Filled Again
Courtney Waldrop’s SPECIAL Sign From God, Life Has Never Been The Same
Jim Bob Duggar Predicts Insane Number Of Grandchildren He Could Have