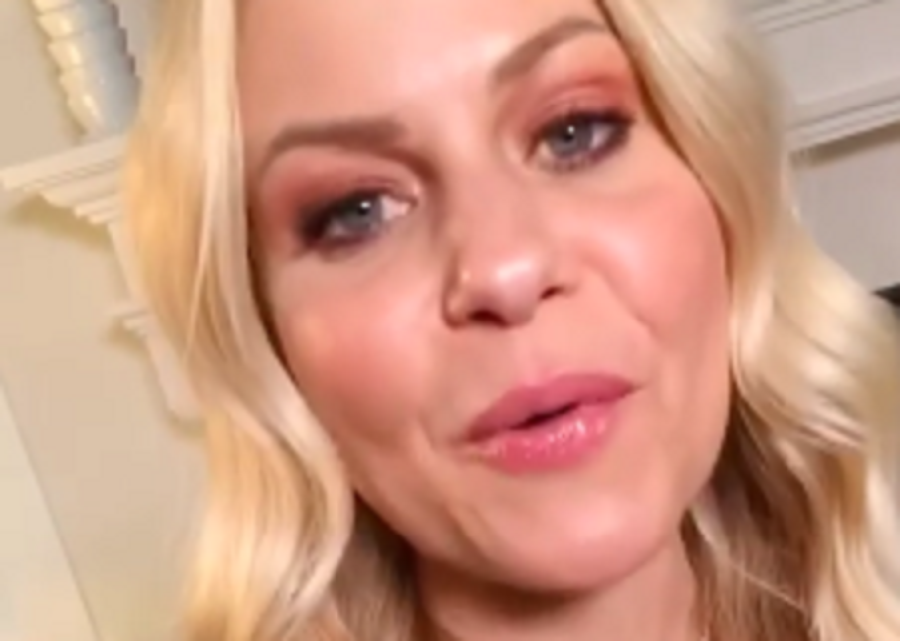 Candace Cameron Bure is opening up about Lori Loughlin’s absence on the set of Fuller House. The Netflix series ended this year without the actress. Lori is currently serving a two-month prison sentence for her role in the college admissions scandal. Candace continues to support Lori.

She misses her friend very much. Sometimes Candace gets reminiscent on social media. In a new interview, she admitted that Lori’s “presence” was still felt on Fuller House after her exit. This comes after Candace celebrated the one-year anniversary of wrapping up production on the series finale.

Among the Instagram throwback posts, Candace shared a note written by Lori herself.

Lori Loughlin’s character Aunt Becky did not appear in the final season due to her involvement in the high-profile scandal. Candace Cameron Bure spoke to ET about the note she shared on her Instagram Stories. The Hallmark Channel star confirmed that it was from Lori.

“Yes, it was a note from her,” Candace told the outlet. “She sent me flowers and I believe a few other people some flowers. It was so nice to feel and have her presence there at the show….Yeah, it was really special.”

In June, the final episodes of Fuller House dropped on Netflix. The series finale mentioned Aunt Becky by name. John Stamos’ character Uncle Jesse explained that “Becky is in Nebraska helping out her mother.”

However, she was not the only actress missing from the show. Mary-Kate and Ashley Olsen never returned to play the role of Michelle Tanner on the Full House spinoff series. The cast often poked fun at the expense of the famous twins. But it was clear they didn’t want any involvement with the show.

As for Lori, she had no choice. Both Netflix and the Hallmark Channel cut ties with her due to her role in the college admissions scandal. While many think that Lori is to blame, some empathize with her. Most of her castmates miss her.

Candace Cameron Bure isn’t the only one. In an exclusive interview with People Now back in November 2019, Andrea Barber, who played Kimmy Gibler on the series, called Lori “one of the sweetest, kindest and most down-to-earth people I’ve ever met.” She also admitted that her presence was missed when the cast taped the series finale.

“It was really sad, and we could feel her absence,” she said at the time. “It just felt like there was a whole in the whole season but also in that final episode. She should’ve been there, and I’m sorry she wasn’t.”

The couple is accused of paying $500,000 to Rick Singer and Key Worldwide Foundation to allow their daughters, Olivia Jade Giannulli, and Isabella Rose Giannulli, as recruits to the University of Southern California crew team. However, neither of them participated or trained for the sport. Lori entered prison on October 30 and will be released by the end of the year.

Did you agree with Candace that Lori’s presence was missing on Fuller House? Sound off below.