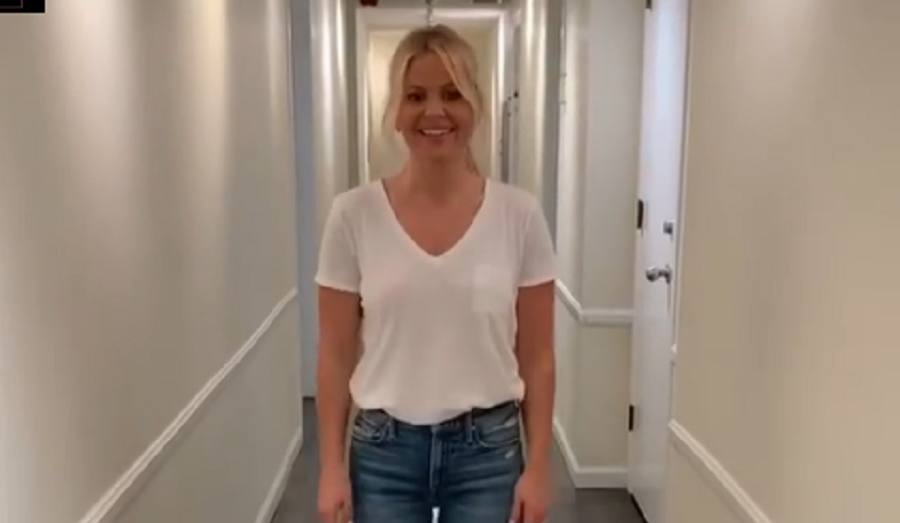 Candace Cameron Bure still keeps in touch with Lori Loughlin. On Monday, November 16, the 44-year-old actress posted a series of photos and videos in honor of the one-year anniversary of Fuller House. She was reminiscing about the good times. This comes after Cameron revealed she would return to the Netflix series.

Earlier this year, the show wrapped its fifth season. But it’s possible that it could return for another season. After all, there were unanswered questions and unwrapped storylines. Candace shared several photos of the cast on the final day on set.

She also shared a rare message from Lori Loughlin.

The Fuller House star shared a clip of the cast hugging on the final day. In the caption, she wrote: “One year ago today, we said our final goodbyes to Fuller House. 5 amazing seasons filled with love, laughter and a few tears I miss you all so much!” #SheWolfPack #friendsforever #FullerHouse #family.”

Candace Cameron Bure also shared photos from behind-the-scenes of the show on her Instagram Stories. One of them included a bouquet of flowers along with a short letter from Lori Loughlin, who played Aunt Becky on the show. But her character did not appear in the second half of the fifth and final season because of her involvement with the college admissions scandal.

“Dearest Candace, Congratulations on a great run!” the note read. “Have a fabulous last week. I love you and miss you.” The When Call the Heart actress concluded the note with the simple signature, “Lori.” The 56-year-old is currently serving a two-month prison sentence for her role in the nationwide scandal.

Lori reprised her role as Aunt Becky for several episodes on Fuller House. But then she and her husband Mossimo Giannulli were indicted as part of the headline-making scandal in March 2019. Both Hallmark and Netflix cut ties with the actress. During one Season 5 episode, John Stamos’ character Uncle Jesse revealed that Becky was in “Nebraska helping out her mother.”

Most of Lori’s former co-stars miss her. Candace Cameron Bure isn’t the only one who’s missing her these days. In an interview with People Now in November 2019, Andrea Barber, who played Kimmy Gibbler on the series, called Lori “one of the sweetest, kindest and most down-to-earth people I’ve ever met.” She revealed that her presence was missed greatly when the cast taped their series finale.

“It was really sad, and we could feel her absence,” Andrea said. “It just felt like there was a hole in the whole season but also in the final episode. She should’ve been there, and I’m sorry that she wasn’t.”

Back in August, Candace posted a cryptic message after Lori’s sentencing. She’s been supportive of her friend ever since the scandal started. The Hallmark Channel actress left a comment on an Instagram post from Entertainment Tonight. A user said that Lori and Mossimo should get four years in prison.

Candace simply responded with the pensive face emoji [😔]. Then, she took to her own Instagram to remind followers to “always lift up others.” Aside from the comment, most of the Fuller House cast has kept quiet on Lori’s ongoing scandal. Regardless, they made it clear that they still love her, no matter what.