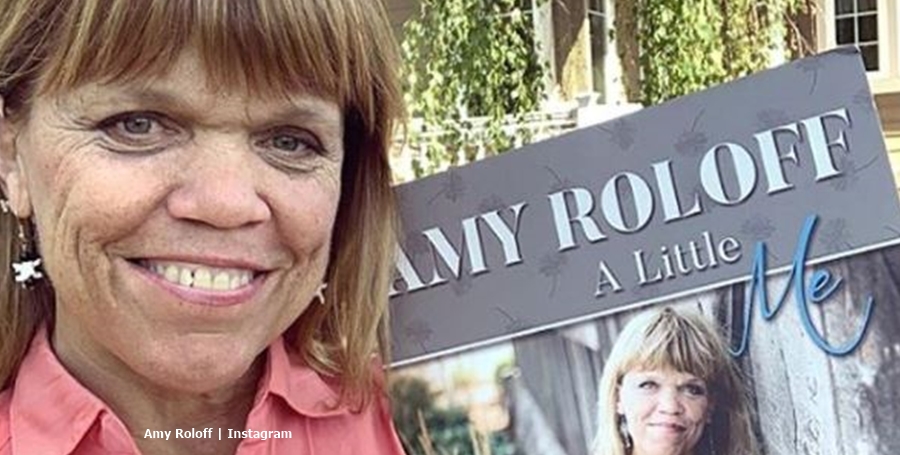 Amy Roloff: A Little Me was published in June last year. It seems that many people who go through a divorce enjoy reading it. And, on her Instagram, they say it helps them cope with the changes to their lives. For Black Friday, the matriarch of Little People, Big World promoted it on her Instagram. Notably, it cut through the top 100k ranking on Amazon.

Amy Roloff: A Little Me – How is the book doing?

On November 27, A Little Me hit the Amazon ranking of 90,300 thousand. Now that might not sound wonderful. But did you know that Amazon publishes about 70 ebooks every hour? And that equates to more than one a minute, 24/7. They sell faster than paperback and hardcover books. Mixed reviews come from her readers. And, we reported in April, that some people feel it’s very unbalanced.

The biggest complaint seems to lie in the fact that Amy Roloff: A Little Me seems rather repetitive. And, when it comes to Caryn Chandler, we noted that some people felt a bit of “classism” came through. It almost seemed that if Matt Roloff made off with someone who wasn’t a farm worker, she’d feel a bit better about his relationship. Meanwhile, others complain it’s wordy and a good editor would have slashed A Little Me by half the word count. But, plenty of good reviews come in as well.

The 90.3k rating reflects the overall book ratings on Amazon. But, within the category of TV Shows, it ranks at  #156. Then, under Television Genre, it stands at #218. And, in TV performer bios, it ranks at #301. Not yet in the Top 100 of anything, it slowly gains ground for Amy Roloff. If you look for a comparison, Matt Roloff’s Book, Little Lucy, Big Race ranks between 700 and 3,000 in the kids’ book categories.

Of course, Jeremy and Audrey Roloff’s book, A Love Letter Life outperforms the other Roloff books and sits with a ranking in TV shows at #11. Then, Jacob Roloff’s Out To See ranks at over 5K under religious philosophy. So, Amy Roloff does okay with her book sales. What are fans saying about Amy Roloff’s book this Thanksgiving?

Recent reviews for A Little Me

Since our last write up about the LPBW star’s book, more reviews came in. Some TLC fans reveal a very helpful book. One reviewer wrote, “Amy’s story was so inspiring! She really bares her soul in this book and it’s beautiful and was such an encouragement to me. I admire her courage, transparency and authenticity, even though people make it their personal task to criticize many public figures without much knowledge.”

Then, this positive comment came in “Amy’s story shines light on who she really is and the struggles she went through as a young person who was “ different” due to her dwarfism. As I read through her experiences I couldn’t help but think,” Hey, I might not be a dwarf but I went through similar struggles and feelings of incompetence.”

Meanwhile, others who never struggled with the same problems as Amy Roloff of Little People, Big World, tended to judge the book on editing. And once again, some people suggested they found Amy Roloff too “bitter” and “repetitive.”

Did you ever read Amy Roloff: A Little Me? Might you buy it on the Back Friday through Cyber Monday sales? Sound off your reviews in the comments below.