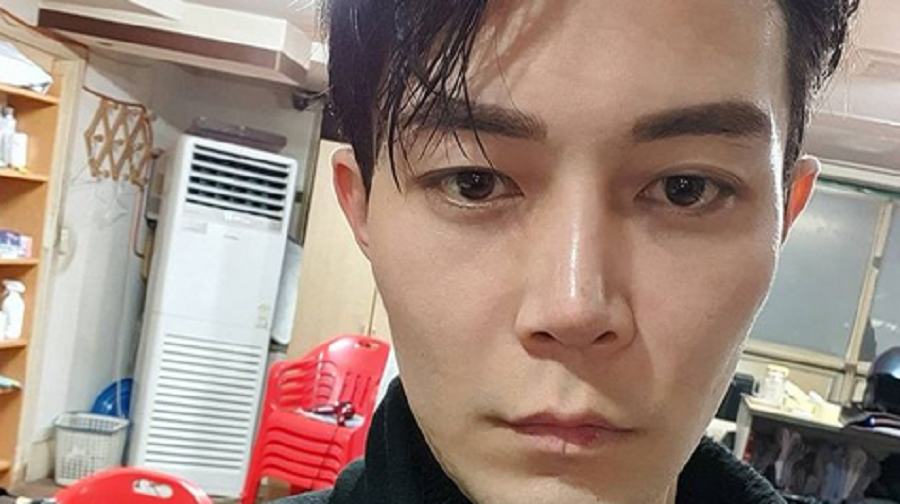 90 Day Fiance star Jihoon Lee shocked his fans. He announced that he fractured his hand. The reality star is already having a tough time this year. Jihoon is in the middle of a messy split with estranged wife Deavan Clegg.

The relationship between Jihoon and his former wife has always been difficult. Their love story continues to play out on Season 2 of The Other Way. Amid their messy split, Deavan accused Jihoon of abusing her daughter, Drascilla. However, both parties have hurled accusations at one another.

And it doesn’t look like the drama will die down anytime soon.

What did Jihoon do?

Jihoon Lee from 90 Day Fiance: The Other Way shocked his fans when he shared a photo of his hand on Instagram. On Thursday, November 26, he revealed that he had broken his hand in a freak accident. In the picture below, Jihoon’s hand appears swollen. He captioned the photo: “Fracture ㅠㅠㅠㅠㅠㅠㅠㅠㅠㅠ I broke my right hand on a truck that was parked while turning right. ㅠㅜㅠㅠ.”

Maybe he broke it while walking down the street. It’s also possible that he rode his bike and crashed into the truck. Nonetheless, some were confused by his post. Some of them asked Jihoon what happened when he got hurt.

This comes after he shared a photo of himself dressed as a ninja in training. But he deleted it as soon as he shared it. It’s unclear whether Jihoon was really training to be a ninja or if he was just playing around. Some fans wondered if Jihoon’s ninja training went awry.

As you can see, Jihoon’s hand looks cut and bruised. Some of his fellow TLC stars took the post to send him some well wishes. Fan-favorite David Toborowsky wrote, “Sending you healing prayers.”

Is the 90 Day Fiance star down on his luck?

Some fans think Jihoon’s accident-prone. They have a feeling that the 90 Day Fiance star is just being Jihoon. They agree that he’s a little too careless about his own life and his surroundings. Unfortunately, his story on the show is slowly coming to an end.

Fans won’t hear any more about Deavan and Jihoon. The couple won’t attend the 90 Day Fiance: The Other Way “Tell-All” for legal reasons. However, their fans have been following them closely on their respective Instagram accounts.

Deavan recently caused drama for showing off her new Korean boyfriend Topher Park. He often holds young Taeyang, whose biological father is Jihoon. To fans, it looks like Topher is pretending to be Taeyang’s father. Also, Deavan made the pregnancy rumor swirl on several occasions.