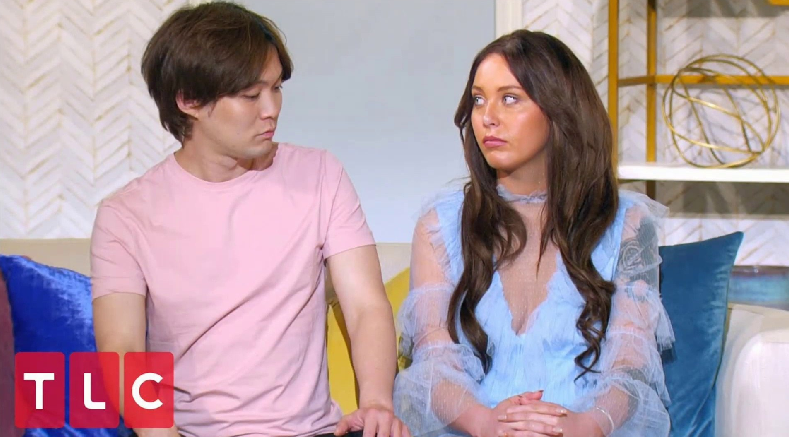 90 Day Fiance couple Jihoon Lee and Deavan Clegg have officially split. Rumors surfaced on Saturday, August 22 that the couple have gone their separate ways. This may not come as a shock to fans who watched them on Season 2 of The Other Way. Throughout much of the season, viewers noticed their relationship crumble as they tried to navigate their new lives together in South Korea.

Most recently, fans noticed Deavan’s social media posts. She revealed that she was back in the U.S. with both of her children, Drascilla and Taeyang. An insider revealed that the TLC star has been back in the states for several months. Now, Jihoon has confirmed the rumors on his own.

90 Day Fiance couple Deavan and Jihoon are officially over

Deavan and Jihoon have decided to call it quits. However, this is not a surprise. The couple argued nearly every day on 90 Day Fiance: The Other Way. They couldn’t see eye-to-eye on anything, even when it came to raising their family.

In the most recent episodes, Deavan told Jihoon that she would take the kids and go back to the United States. She was upset to learn that Jihoon was not able to financially support his family as he promised. On Saturday, August 22, Jihoon confirmed the split rumors on his Instagram Live, as per In Touch Weekly.

I haven’t slept in six days … but my goodness he makes it worth it. #koreanamerican #koreanbaby #90dayfiance #90dayfiancetheotherway #momandson #momandbaby

“So I can’t tell everything because the show [is] not finished,” Jihoon told his followers, before talking about Deavan and their children. “They will be happy and I need to be happy. Just, I will live my own life. If you lost [a] lover, boy [or] girl. So sad, but you can start again.”

The 90 Day Fiance star declared himself “free” on his now-deleted Instagram Live chat. It also appears that he deactivated his Instagram profile. Previously, he wrote a cryptic message on Instagram Stories saying, “I’m done,” which fans assumed related to his relationship.

This comes after Deavan confirmed that she “moved back” to the states for a “horrible reason.” As TV Shows Ace previously reported, Deavan has been getting candid with her fans on Twitter. She hinted that the “truth will come out eventually.”

Deavan has already found herself a new man

90 Day Fiance fans are not going to be shocked over this split. The chances are slim for most of the couples who appear on the original series and its spinoffs. Nonetheless, it’s still sad since the couple shares a child. An insider told The Dipp that Deavan already moved on. She has a boyfriend that she met “after [she and Jihoon] had decided on a divorce.”

The insider said that Deavan’s new man lives in Los Angeles, while she remains in Utah. The couple has taking turns to visit each other on the weekends. Since the relationship is still new, the couple has been “taking it nice and easy.” And it appears that he’s aware of Deavan’s situation, but he doesn’t want to be on reality TV. However, TLC has expressed interest in her new relationship.

“He knows everything,” the source told The Dipp. “He wants nothing to do with the show. [He] doesn’t care for it.”

The insider added that the mystery guy is “hardworking and has his life together,” a trait that Jihoon was lacking. It’s unclear what this means for the former couple and their baby. The source said that Deavan’s willing to co-parent with Jihoon.

Farrah Abraham: Concern Mounts For Sophia Following Bizarre Video, Does She Need Help?
Savannah Chrisley‘s Latest Project DRAGGED For Lack Of Plus Sizes
See Jinger Vuolo’s SHOCKING Before & After Transformation Photos
Kristin Chenoweth’s Pursed Lip Villain On ‘Schmigadoon!’ Is Perfection, Preview
‘The Young and the Restless’ Spoilers, August 2-6: Phyllis Gets Everything She Needs