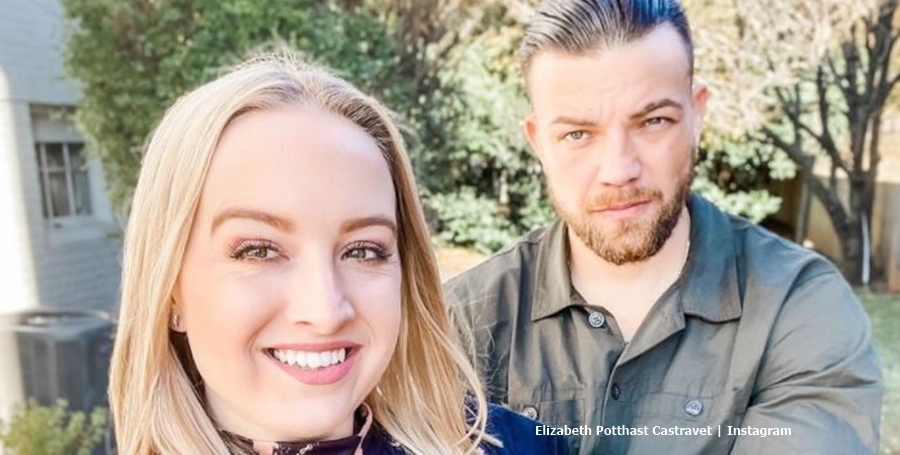 90 Day Fiance couple, Elizabeth and Andrei Castravet just announced they started an OnlyFans account. It comes a month after they celebrated their third anniversary. As you can imagine, some TLC fans felt a bit startled as they anticipate some rather raunchy videos and photos from the couple.

We reported in May last year, that the couple welcomed their daughter Eleanor in January 2019. Actually, now a mom and dad and married for over three years, hardly makes them the type for an OnlyFans account. Plenty of people dislike them as Andrei doesn’t hold a conventional job. And, they rely on her dad for their housing. Actually, he’s fairly well-off. While possibly he’s not the wealthy person the show portrays, he obviously has some decent earnings stashed away.

Screenrant notes that their season on 90 Day Fiance: Happily Ever After? season 5, brought a lot of “explosive fights.” But on Instagram, fans see a loving couple. So, many people believe their conflict just gets scripted for TLC. And, fans despise that sort of thing. Elizabeth and her husband Andrei Castravet always enjoy fans who gather on their Instagram posts. But how many of them plan on paying an OnlyFans subscription?

OnlyFans for Elizabeth and Andrei

On Thanksgiving weekend, Elizabeth and Andrei shared about starting their OnlyFans account. Blogger John Yates screenshot it and shared it on his Instagram. Elizabeth said that she finally “caved” in and took the leap onto OnlyFans. Naturally, TLC fans reacted to the idea. And, not many of them greeted the news with joy. One fan commented, “Who’s really surprised? They are both over 30 and still beg her daddy for rent money.”

Meanwhile, other 90 Day Fiance fans thought Elizabeth and Andrei Castravet might post up intimate content. And that brought many “yuck” reactions. A John Yates’ follower noted, “a married couple having an onlyfans is weird to me but I’ll just stay out of married folks business since i’m single so…” But, perhaps they intend using it for something else. After all, some OnlyFans accounts bring cooking and recipes.

Andrei might use it for his fitness and gym workouts

Those people who love to work out might follow their OnlyFans if Andrei covers gymming and fitness. And who knows? Perhaps Elizabeth talks about parenting or something like that. And, as some people noted, perhaps if they earn from their OnlyFans, it might mean less reliance on “daddy’s money.” Critics firmly believe that the couple won’t take life seriously until he makes them stand on their own two feet.

If you’re a 90 Day Fiance fan who forks out the cash and follows them on their new OnlyFans account, let other readers know in the comments below, what sort of content to expect.