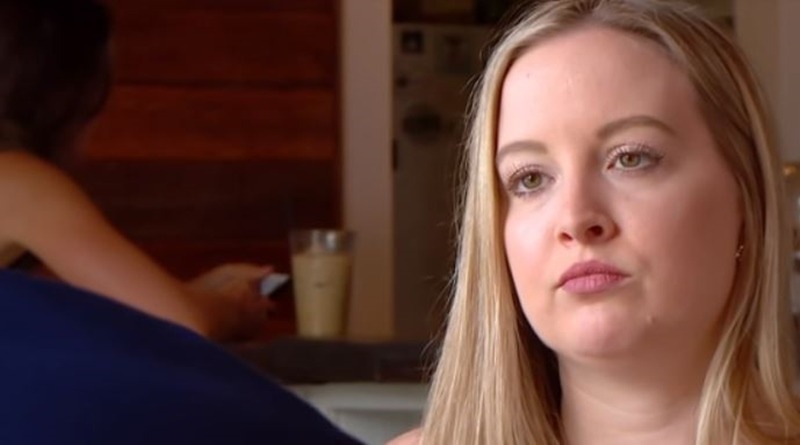 90 Day Fiance: Happily Ever After? features Elizabeth Potthast and Andrei Castravet. Fans of the TLC spinoff know they have their daughter, Eleanor, born in January, and live in a home her dad provided in Florida. Taking to their Instagram Stories for a Q&A Saturday, they revealed that they welcome fans coming over to say “hi.” They also answered a few other questions.

Elizabeth and Andrei faced a lot of opposition from her family. Of course, getting pregnant didn’t help. However, her dad, while angry, made a plan for them. People noted that in the 90 Day Fiance show, we saw him talking about the couple and the home he let them use. “I was really shocked with Elizabeth told me she was pregnant.” He added, “You could have knocked me over with a feather. Just because he came over here, got married, and then knocked up my daughter without any plan in place to support her.” Of course, he thought that was”irresponsible.”

In fact, he even wondered if they could raise a child, as they made some poor decisions. Plus, when they moved into his other home, they never kept it nice. However, it seems that since the baby, Eleanor Louise Castravet arrived in January, there’s been some easing of tension. Mind you, they have two dogs which could be very difficult to keep in an apartment. Plus, a home’s nice for a little girl, and granddaughter, to grow up in.

For many 90 Day Fiance couples, the sudden thrust into television puts them in the spotlight. Often, it turns out as only five minutes of fame. However, all of them seem to garner many thousands, even hundreds of thousands of fans. Often, people don’t know if they should go and speak to famous faces from the television.

During the Q&A on IG, Elizabeth got asked, “Does it annoy you when fans approach you in public?” Actually, she replied on that, saying that what they don’t like, is when people don’t. Elizabeth explains, “It’s more annoying when people notice you, and they make it really obvious, but don’t say anything.” She elaborated, noting, “we would rather you approach us and say “hi.” She adds that they will gladly say “hi” and “take pictures with you.”

In other bits of their Q&A, the couple talked about living in Floria, which is awesome. However, Andrei joked about how the heat is so bad when you drive you always have sweaty pants and a “sweaty back.” Plus, they talked about the little girl Eleanor Louise. Asked if she’ll learn Russian, Andrei said that was definitely something he would do. He laughed, and said it will be their “secret language.”

What do you think about Elizabeth Potthast, Andrei Castravet  preferring you go up to them and say “hi.” They seem very welcoming talking about it on their IG. Have you ever gone up to reality TV stars and gotten the brush off? Sound off your thoughts in the comments below.