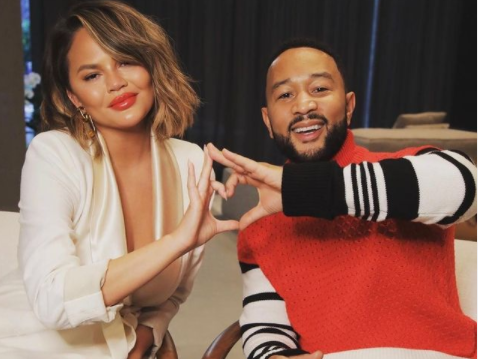 Earlier this year, music sensation John Legend and long-time wife, Chrissy Teigen experienced a heartbreaking pregnancy loss. Born at just 20 weeks, the couple’s son, Jack, could not be saved, even after all medical efforts.

Despite being broken with pain and heartbreak, Teigen asked to have photos taken of their experience, grief, tears, and all.  Fans across social media cried with her, reaching out in support when the supermodel Mom posted the heartwrenching images on her Instagram back in late September.

Nearly two months later, the grieving couple opened up about their decision to share their pregnancy loss experience. 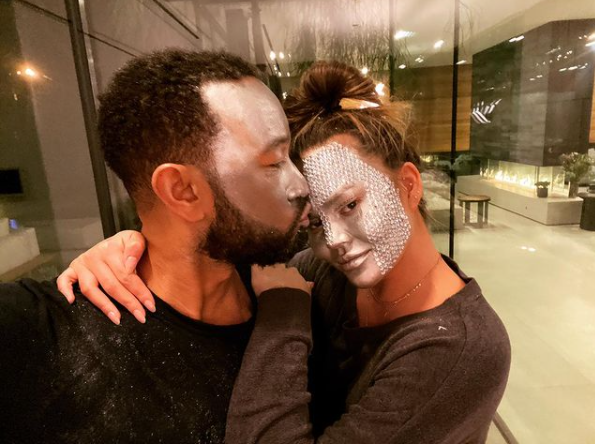 During a recent interview with Good Morning America, correspondent Michael Strahan spoke with the couple about losing their son and how the experience has affected them. They talk about being in the hospital, overcome by sadness. Chrissy Teigen revealed that in spite of everything going on, she made the decision to have photos taken during her care and while she held and cried over her lifeless child in her arms. The photos went viral.

Chrissy says that even though the photos were raw and emotional that she shared them for ‘the people who were hurting’. She acknowledges that the photos aren’t for everyone – but she doesn’t care about that. She was also quick to point out that even John wasn’t fully on-board with taking and sharing the photos. Teigen says that taking the photos made Legend, ‘uncomfortable.’

During the interview, Legend tells Michael Strahan that his initial trepidation revolved around not wanting to memorialize the pain. John says the hardest part of pregnancy loss is going home with nothing but emptiness. Ultimately, John changed his mind with the sentiment that the photos would not memorialize the pain so much as they would give them something physical to remember their son by in years to come.

“Obviously it’s so painful to go through something like this, as a woman — something that was inside your body that you were nurturing and taking care of — obviously there’s a father involved,” she said. “The support for the both of us has just been so beautiful, so incredible.” – Teigen

John goes on to say that the response to Chrissy’s Instagram post has really surprised him. The pair both acknowledge that so many people have reached out to give their love, well wishes, and support — Many of whom have had experiences with pregnancy and infant loss themselves.

The cook-book author shares that they are taking it day by day – and that some days are easier than others. She holds that the outpouring of support from friends, family, and fans around the world has really inspired them and that they are thankful and grateful. Chrissy Teigen hopes that by sharing her story those experiencing similar grief might find comfort, knowing they are not alone. 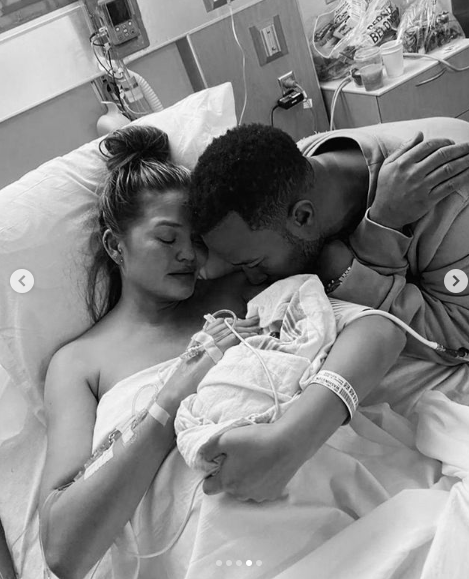 During the interview, Legend takes a moment to praise his wife – and says that her decision to share her grief with the world was nothing short of courageous. He says despite the many challenges that the pair have faced, the hard times –  seem to have brought them even closer together as a couple.

The singer says that the tragedy has made him realize that he loves his wife more and more every day. Legend drives home that trying times have only reinforced their love and commitment to their family.

“I just know that I love my wife, more than ever,” he shared. “We’ve been through so many challenges together and they’ve made her stronger, and I know that doesn’t always happen when people go through tragedy.” – Legend

During the interview, despite her smiles and laughter – Chrissy Teigen’s grief is still very visible, and understandably so. She, however, opted to use the couple’s platform and experience to help others in need. The couple are long-time supporters of the Ronald McDonald House Charities. This year, they plan to be more involved than ever.

Chrissy tells fans to share a photo of your ‘heart hands’ to have $100 donated in your name to the organization. Share on any major social media platform using Hashtag #HereForRHMC.

Want all the latest on your favorite television entertainers? Come back daily to TV Shows Ace for all the best industry news!