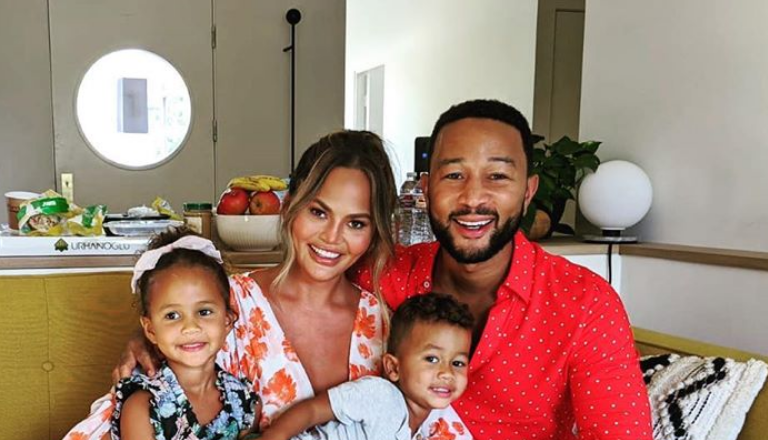 On Wednesday evening, TV Shows Ace reported that John Legend and Chrissy Teigen had experienced a pregnancy loss. The loss occurred during a hospitalization due to Chrissy’s difficult pregnancy so far. The couple shared the heartbreaking news via social media.

This loss came after Chrissy previously shared about her complicated pregnancy. Her placenta was weak and it wouldn’t stop bleeding. She was on bed rest and she also had to have blood transfusions. She has also spent time in the hospital throughout her pregnancy. When talking about everything they tried to help the baby survive, she writes, “It just wasn’t enough.”

Shortly after opening up about their loss, Chrissy shared an emotional message on Twitter. She sent out this tweet as she was leaving the hospital. It reads, “Driving home from the hospital with no baby. How can this be real.”

Since sharing the tweet that she was leaving the hospital, Chrissy has not posted on social media. So far, she has been very open about both her pregnancy complications and her loss. She doesn’t shy away from telling the truth on social media. While she has faced some backlash for this, some fans think it’s important that she’s talking about more private topics, including pregnancy loss. It’s possible that she will continue to share about this as she heals.

Driving home from the hospital with no baby. How can this be real.

On Wednesday, Chrissy took to Instagram to reveal that she and John had lost the baby. She shared a series of emotional photos of herself in the hospital. She also reveals that she and John decided to name the baby Jack. During their previous pregnancies, they didn’t name the baby until the last possible moment. But, this time around, they had been calling him Jack. So, that’s the name they decided to use.

In response to the original post that Chrissy Teigen shared and the new tweet, she has been getting a lot of love from her followers. Celebrities and fans alike are offering words of encouragement to help Chrissy and John through this challenging time in their lives. This all means a lot to Chrissy, and she thanks everyone for their support. She writes, “Thank you to everyone who has been sending us positive energy, thoughts and prayers.  We feel all of your love and truly appreciate you.”

We are shocked and in the kind of deep pain you only hear about, the kind of pain we’ve never felt before. We were never able to stop the bleeding and give our baby the fluids he needed, despite bags and bags of blood transfusions. It just wasn’t enough. . . We never decide on our babies’ names until the last possible moment after they’re born, just before we leave the hospital.  But we, for some reason, had started to call this little guy in my belly Jack.  So he will always be Jack to us.  Jack worked so hard to be a part of our little family, and he will be, forever. . . To our Jack – I’m so sorry that the first few moments of your life were met with so many complications, that we couldn’t give you the home you needed to survive.  We will always love you. . . Thank you to everyone who has been sending us positive energy, thoughts and prayers.  We feel all of your love and truly appreciate you. . . We are so grateful for the life we have, for our wonderful babies Luna and Miles, for all the amazing things we’ve been able to experience.  But everyday can’t be full of sunshine.  On this darkest of days, we will grieve, we will cry our eyes out. But we will hug and love each other harder and get through it.

For the latest news on Chrissy Teigen and John Legend, check back with TV Shows Ace.