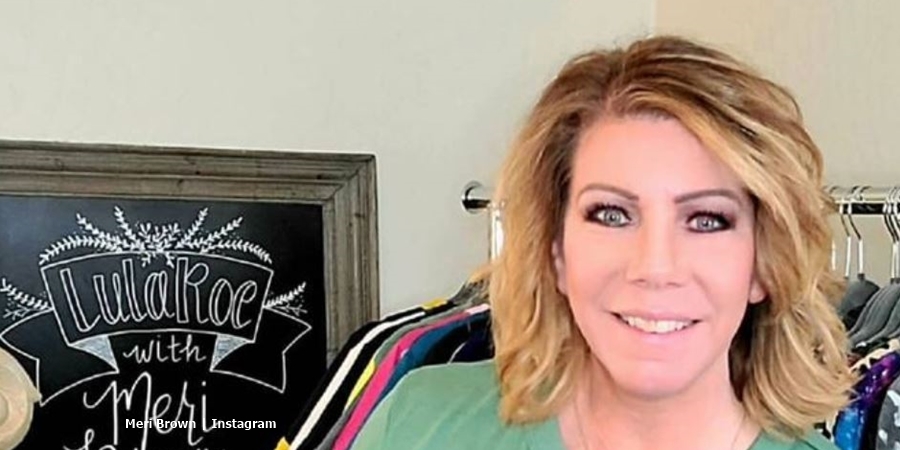 Meri Brown, as Sister Wives fans know, makes the bulk of her income from LuLaRoe. Sometimes people slam her for it. But, that won’t stop her from selling the clothing line. Now, she wore a tee-shirt and everyone wants it. But, it’s out of stock on her site. So where else can you find it?

Not all Sister Wives fans like the LuLaRoe clothing line. We reported some followers slammed her in November last year. It came when she started trying to recruit her followers in her MLM downline. And, some of them noted that only a few people make money off it. One of them said, “With all due respect, you have hundreds of thousands of followers and are a TV personality. Regular people are much more likely to go bankrupt with this company than make any money at all nevermind a lot.”

Nevertheless, it seems that everyone loves Meri Brown’s tee-shirt that she shared on Instagram on November, 24. The TLC star took to Instagram and revealed a green shirt with the Love message on it. It’s the one where a paw makes do for the letter “O.” Meri captioned her post with, “Gotta love it when @LuLaRoe helps me represent my favorite granddogs!” And, many fans asked if she keeps it in stock and where they can order it.

Out of stock tee but you can get it elsewhere

One fan asked Meri if she could buy the tee-shirt from Meri’s LuLaRoe business. However, she said, “This print sold out, but check my website and see if there’s another print you love! It’s the Liv T, shopping link is in my bio 😊.” Then, many other fans asked where they could buy the one she wore. But, she never replied. And, that’s hardly surprising. After all, why send people to shop with the competition?

Actually, we checked it out, and the same or extremely very similar tee-shirts feature on several online stores. @CelesteandCompany on Etsy sells a very similar one. Called the Love Dog T-Shirt, you can choose a range of colors for it. Plus, tweaky.com sells a vaguely similar design. Using different lettering, they also replaced the “O” with a paw. Not exactly the same as the one Meri Brown wore, it nevertheless sends the same message at a fraction of the cost.

Actually, a simple Google search under images turns up plenty of different tee-shirts based on the Love Dog theme with a paw in the words. And with Christmas coming along soon, Sister Wives fans might explore those options. It’s not clear when Meri Brown gets more stock into her LuLaRoe shop. Nevertheless, there are always those fans who only want what their favorite reality TV stars wear. So, they might wait for more stock to come in.